The combined tactics of hunting down your assigned target while swiftly dodging the target on your own head is back in a standalone PC title – Murderous Pursuits. Dating back to the early Assassin’s Creed multiplayer days of the ‘hunt or be hunted’ style of gameplay – also released as a spiritual successor to The Ship – Murderous Pursuits is able to deliver an exciting and oddly entertaining espionage game of cat and mouse.

With the one and only game mode that is Murderous Pursuits, players can choose to start a quick match, start their own private party or get some practice round sin against AI opponents. The objective is simple, and yet there are a lot of features that will continuously challenge players throughout the match. Taking place on the luxurious ship – The Britannic – you’ll scavenge through various rooms and floors trying to pinpoint your randomly assigned target to assassinate.

Players will have the option before the match to switch between a selection of pre-designed characters, change apparel colors and equip two out of five different skills that will help you out on your assassination mission. The goal of Murderous Pursuits is to rack up the most Favour points, mostly by successful assassinations but also a few other tactics earn players Favour, as well. After the allotted time limit runs out the player with the most Favour points wins.

Earning Favour is the Key to Winning

Earning these precious Favour points increases based on a certain variables related to each assassination. A random assortment of weapons are available laying throughout the levels each providing a different number of Favour points per kill. Staying hidden and undetected within the many vignette points of interest also help keep your evasion meter down also adding to a higher number of Favour. The game takes a unique method of strategy within the man hunt style of gameplay allowing often fair and overall thrilling moments of tactical behavior.

As you move about each stage a useful compass will help push you in the direction of your target. However, it is up to you to use your eyes and wits on singling out which of the many aboard the vessel is your assigned bounty. Players will also need to be weary of the many guards which patrol the ship, quickly arresting anyone openly assassinating their target within their range of vision. If arrested, the following kill will be discarded and the player will be reassigned.

Also adding to the challenge is the ever-decreasing evasion meter. Once full, players will be unveiled to the others in the session until they are able to dunk into hidden zones within the crowds known as vignettes. Blending with other patrons, sipping at the bar or marveling at a particular painting, all of the characters at the party include themselves in these activities which helps disguise potential threats and the thrill of searching for your target all the more exhilarating.

Kill or Be Killed

To go with the compass players will also receive warnings when their hunter is near to either find a place to sneak away, lower your evasion, or the unique opportunity to stun your hunter. If targets are made aware of who they think their hunter is they may reverse the role and stun slap their opponent, alternatively halting the “murderous pursuit” and reassigning the hunter with another target. The game of chase consistently goes both ways providing plenty of unique strategies outside of simple assassination to earn Favour points.

Along with various weapons to pick up around the level, taking cover within the blending vignettes and using your natural detection skills to pinpoint your assailants and targets, players will also use valuable skills sporadically throughout the match. Each player may equip two unique abilities, like releasing a flashing stun bomb to escape, countering your hunter’s kill attempt or quickly revealing your target’s location. These skills may be used once in between their allotted recharge time, so taking advantage of the right situation is vital in success.

One unique skill allows players to humble their target upon assassination by humiliating them with a dance over their plundered corpse. This particular skill isn’t just for fun and hollers, as humiliating your foe upon death adds to your overall Favour tally. While humiliating opponents is a sure-fire way for an increased point total, assassinating targets typically reveals your location and leaves you vulnerable to your hunter assassination attempts, which can be done during your victorious romp. Choosing your celebration dance wisely proves to be just as crucial a decision as choosing when to strike for the kill.

The constant thrill of scouring for a blending assassination target at the same time you’re being hunted down is a nice twist on the competitive market. It’s interesting to see how much you can get away with when surrounded by a large group of society. While the particular game play style of “hunter being hunted” has been done in recent years, it’s still relieving to see a few new quirks added to the formula. 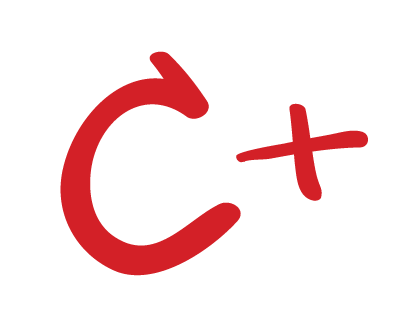 Murderous Pursuits doesn’t bring much to the table, but ultimately delivers on exactly what it promises to deliver. Fun and engaging competitive matches that doesn’t require lightning fast reflexes and precision aiming, but rather patience and attention to detail. The unique abilities help add a slight sprinkle of depth to the “combat” while the vignettes evasion areas and defensive stun maneuvers creates a more well-rounded cat and mouse experience.