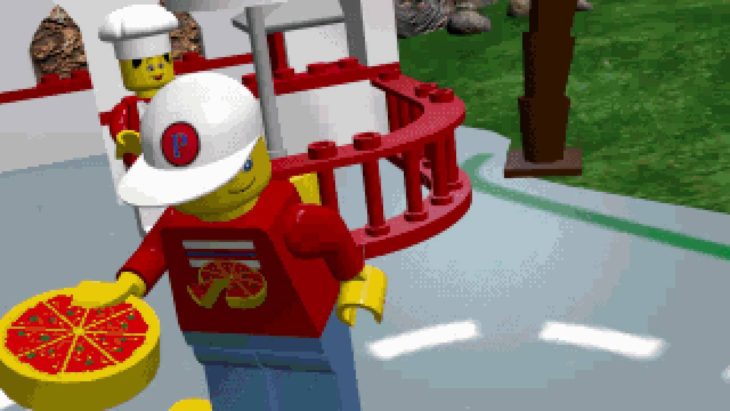 Guilty of Finding Pleasure in These Titles

We all tend to have them. But with gaming it seems a little more frequent. There’s plenty of unique games out there that have been released over the decades, and many of us can’t seem to shake the weird, odd and often ugly that comes with what we call guilty pleasure games.

Here’s 5 guilty pleasure video games I never could seem to wiggle free from:

Long before the many Lego film tie-ins, the sandbox Lego Worlds and various Lego themed adventures, there was Lego Island. It was an open world adventure game that allowed players to take on the role of the pizza delivery boy, Pepper Roni (it only gets better) along with a few other helping hands. You spend time exploring the small but colorful island, customizing and building everything from jet skis to helicopters. Whether you’re tracking the escaped prisoner, The Brickster, or trying your hand at the race course in your pre-designed race car, Lego Island may not have been the most influential game in history, but it’s a game that still begs me to fire it up; even twenty years later.

While growing up in the 90s I often gravitated towards popular arcade fighting games like Mortal Kombat or Street Fighter. These two franchises were some of my most prized possessions in my ever-growing library of video games, but soon enough I began to branch out. One fighter I couldn’t help but try out and rent from the local Blockbuster was the hip-hop group’s own Playstation title, Wu Tang: Shaolin Style. The game allowed you to play as one of the nine members of the group undertaking trademark martial arts abilities, such as Method Man or Inspectah Deck. Utilizing party-like mechanics allowing players to go 1v1, 2v2 or every man for themselves in a 4-player brawl, this game caused for some serious fun with friends.

And if you’re a fan of the group’s music, the game’s soundtrack was not only filled with Wu Tang songs, but the disc was playable in your CD player, too.

If you’ve never heard of this one you’re completely forgiven. This odd canine adventure game puts players in the mind of man’s best friend by the name of Jake. In an attempt for love Jake sets off on a grand adventure to save your female dog companion, Daisy. Controlling a dog is absolutely amusing and the various activities make the experience pure fun. The game actually forces players to complete dog-like tasks, such as track down smells in smellovision, take on other breeds of dogs in numerous challenges and even do your “business” on the lawn. Beating other dogs in various objectives allows players to then control that dog and utilize the special move that each breed comes equipped with.

It’s tough to explain the sheer joy you receive running around as Jake, interacting with locals and slinging a fresh, stinky brown “surprise” from his mouth. Ahh, to be a dog…

Like millions of other gamers in the late 90s, the Tony Hawk’s Pro Skater series had me glued to the television. And as a young wood pusher outside of the video game realm, I was invested in finding more games like those. However, no other skateboarding game at the time came close so I found myself discovering other unique titles in the newly created genre. Grind Session and Thrasher were solid fall backs if you grew tired of the wildly addictive THPS formula, but Street Sk8er offered the most unusual take on the sport. With the shout of “Hit It!” players barreled down a tricked out skateboarding course and pulled off some of the most outlandish moves imaginable.

It may not have been the most believable in terms of realism, but the game was thoroughly enjoyable.

Related: 5 Developers That Need To Revisit Their Classic Franchises

Any game franchise that steer away from its roots typically receives a lot of flack. That stays true with the multiple Mortal Kombat spin-offs we’ve seen through the years. From Sub-Zero Mythologies to the surprisingly solid Shaolin Monks, but none left a mark like the adventures of Jax Briggs in, Special Forces. While relatively short, and riddled with awful review scores, Special Forces was easily forgettable with its casual approach to violence and clunky design. But, as I mentioned above I was a huge fan of the series so taking on a recognizable character in an interesting adventure game easily manipulated my young, fragile mind and caused an otherwise utter train wreck of a game to sit snug in the midst of my vast game collection.

Maybe I’ll go give it a quick run-through soon…

While I absolutely love the direction video games are headed with incredibly tasty releases like God of War, Marvel’s Spider-Man and Forza Horizon 4, there’s still plenty of less than stellar games from my past I can’t – and, frankly, don’t want to – let go of. Sometimes, it’s good to embrace the weird.