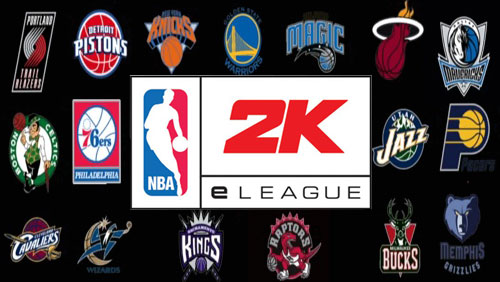 The competitive online gaming leagues that make up the world of eSports is gaining momentum heading into the new year. With the Overwatch

League setting up for its opener in December, conventional sports, like the NBA, are gearing up for their appearance in the electronic medium starting next year.

Joining the ranks of the first NBA 2K

eLeague (as it’s known across the rising community) are seventeen NBA teams represented in the 2K eSports league coming next year. Among the teams represented are the Cleveland Cavaliers, Dallas Mavericks, Miami Heat and the contending NBA champions, the Golden State Warriors, just to name a few. There are reports of a few other teams interested in being apart of year number 2, if/when that particular eLeague is announced.

Teams left off of the eSports roster are NBA favorites and big-time winners, the San Antonio Spurs and the Chicago Bulls. Whether or not these teams were addressed, or if in fact they were a few of the teams that showed interest in next year’s competitions remains to be seen. What we do know is that the sinking numbers of traditional sporting events may begin playing victim to the increasing rise of eSports competitions.

There are still a few notches to figure out before the official start of the league, like where the events can be watched and which gaming system they’ll be played on – the Playstation, Xbox or PC. Still, before the start of the NBA 2K eLeague, tryouts will be held to determine which competitors make up the best of the best in NBA 2K sports. the total number of players needed for each team will set to 5, filling out each position on the court. A grand total of 85 players will be selected to represent all 17 trams ready to compete.

The rise of eSports is coming approaching quickly and viewers are starting to tack on numbers for these competitive leagues. Is it only a matter of time before traditional sports begin being overrun by the electronic sporting style that is eSports? Let us know your thoughts on the upcoming 2K eLeague, or any other eSporting event on your list of events.