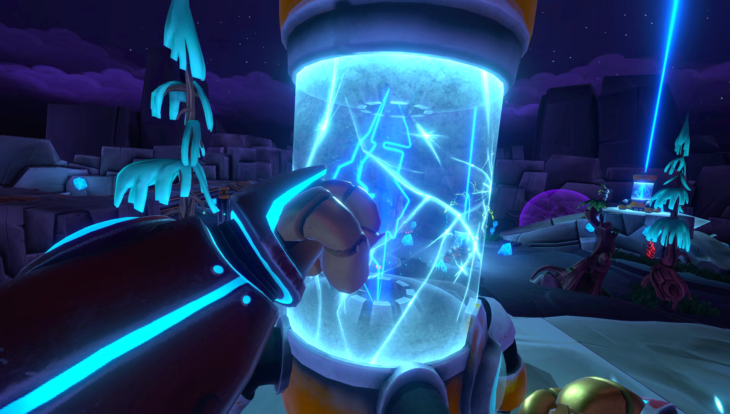 Good asymmetrical games are hard to come by and fans of this sort of games have something to look forwards to next week. A new asymmetrical FPS game called Aftercharge will be holding it’s first public Alpha next weekend.

In this asymmetrical FPS game, there are two teams: One is made up of three invisible robots and the other team is three invincible guards. The robots are trying to destroy the six energy extractors on the map while the other team attempts to stop them. Each team has three unique class types which are uniquely suited to combat the opposing teams’ abilities.

Here are the characters in the game:

Players are encouraged to explore the new characters and try different combinations to see the changes to the tactics in the game. Each character has unique offensive/defensive options that will change how the game is played. It will also strengthen or weaken the teams overall strategy depending on which character is selected.

This FPS game looks to be very unique and a breath of fresh air in such a saturated genre. The fact that this game is an asymmetrical means it’s placed in a different category along with other asymmetrical shooters such as Evolve or the cancelled third-person shooter Nosgoth. However, both these two games ultimately ‘failed’ and only time will tell is Aftercharge is able to thrive where the other two were unable to.

The Aftercharge free Open Alpha will be running from October 13th – 15th. We don’t currently know any other details about what time the alpha starts and what it will feature. The full game will be releasing in early 2018 however, there is currently no release date for Aftercharge. Anyone interested in the game can find out more from the official website here.