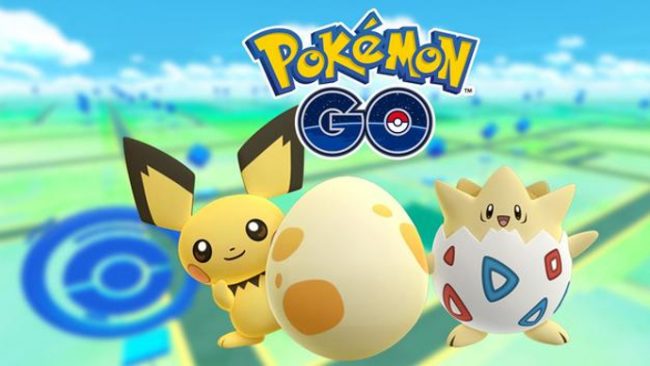 Available now in Google Play and the App Store, the first of a series of updates to the popular mobile augmented real-time Pokemon hunter, Pokemon GO, gives players new additions to Gyms and soon the thrill of using the all-new co op experience, Raid Battles.

The hit mobile app founded by Niantic and The Pokemon Company grabbed the attention of almost every Pokemon fan who owned a smart phone last summer. Running through real life with your phone acting as a navigator of sorts, hunting various Pokemon hidden in surroundings all around you, incidentally – for what seems to be for the first time ever – getting gamers and Pokemon fans to enjoy the great outdoors. Finding up to all of the original 151 Pokemon to capture, battle and train, players scavenge for the ultimate collection of the ever-so popular virtual monsters.

Once enough experience is earned in the game by collecting and training your growing assortment of pocket monsters, Pokemon Gyms become available to put your skills to the test. Challenge Gym leaders to have your team of Trainers take control, while depositing Pokemon to help defend your newly acquired battle ground.

Now featured in Gyms will be six permanent slots, each filled with Pokemon of the Team’s choosing, appearing in the order they were placed. Once a Pokemon is chosen to defend the Gym, their potential CP (Combat Power) will begin to decrease every time they are defeated, as well as lowering their “motivation”. The farther the motivation level drops, the lower your Pokemon’s effective CP will fall and the easier it becomes for opposing Trainers to defeat you’re defending Pokemon. On the other hand, Trainers are encouraged to give their monster defenders Berries, which effectively keep their beloved Pokemon motivated.

To release later in the season, another update includes Raid Battles, which offer a co op experience for the first time in Pokemon GO. Raid Bosses are powerful Pokemon where Trainers are required to team up – regardless of teams – and complete the battle for chance at high prized items, and the opportunity to capture one of these dangerous Pokemon. The bosses appear at Gyms for a limited time, so players must act quickly to take down these worthy foes and reap the gracious rewards.

Creating private hunting parties or teaming up with new friends make this already social reality mobile game even more group friendly than ever, and with all new bosses and content added to the list, the game has yet to slow to a whimper. Pokemon GO is gearing for another run this summer, will you be included in the new gameplay features? Let us know in the comments.