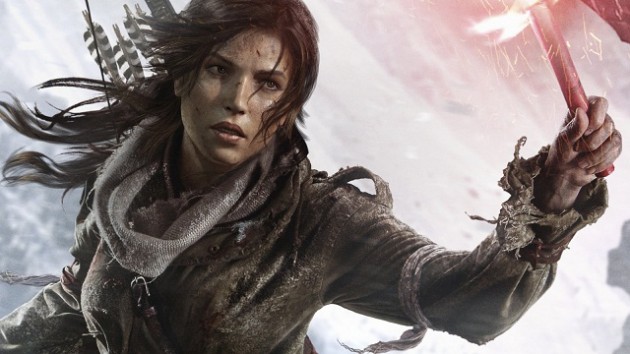 The name “Shadow of the Tomb Raider” has been floating around for a while now. This is the expected title for the third game in the rebooted Tomb Raider series. This titles has been around since 2016 and it looks like some new evidence has cropped up online to support this name. This time, the leak seems to be images and some new details about the developer have emerged.

This new leak comes from TAKEOFF Creative which is an LA-based marketing studio. The company creates marketing material for video games and worked with Square Enix in the past which make this leak seem more credible. The website has been down for maintenance today however.

The above image shows a range of potential locations and weapons that Lara may be able to use. The main location featured in these images seems to be pyramids however, it’s uncertain where they’re located. While they could be located in Egypt, there are pyramids all over the world. The biggest possible contender are the central America/Mexican Aztec and Mayan pyramids. Some of the images feature trees and plant life so it’s certainly possible.

In addition to this, the images show several types of new weapons. This leak places focus on melee weapons such as a machete and a spear. A machete would certainly fit a Central America based game where Lara could use the weapon to clear jungle.

There is currently a rumor surrounding the development of Shadow of the Tomb Raider. It states that Crystal Dynamics is not developing the game. Eidos Montreal are the ones currently working on it. This is most likely due to Crystal Dynamics working on an Avengers video game. We don’t know this for certain however and we’ll have to wait until Square Enix makes and announcement for the game.

It’s thought that Shadow of the Tomb Raider will be announced at The Game Awards in December.