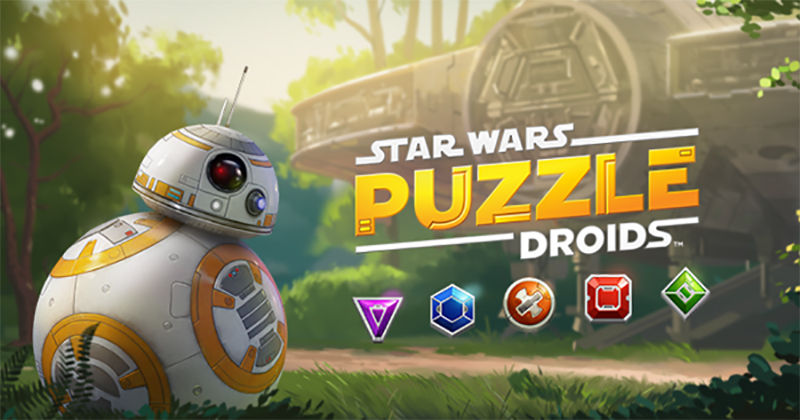 A new Star Wars mobile game has just launched and it’s not a collectible card game. This new game is match-3 puzzle adventure game which follows BB-8 as he re-tells Star Wars: The Force Awakens. The new game from Disney is free to play and as expected, it offers in-app purchases.

The game features over 50 levels for players to complete. These levels are focused around the match-3 gameplay where players need to create combos to clear obstacles and defeat enemies. As  expected from a game of this genre, there are a range of power-ups available to the player which each have a unique ability.

While the game is focused around the match-3 gameplay, players also need to complete missions to progress through the game. This includes collecting memory disks which reveal more of the story to the player.

The store page for the game notes that the app does the following:

Star Wars: Puzzle Droids is now available for iOS from the Apple Store and for Android via the Google Store. However, there is no word on a Windows Phone version for the game. Hopefully Disney will announce that the game is coming to the Windows Phone soon.

We will provide you with updates about this new mobile game as the developers continue to work on it and release updates for the game.