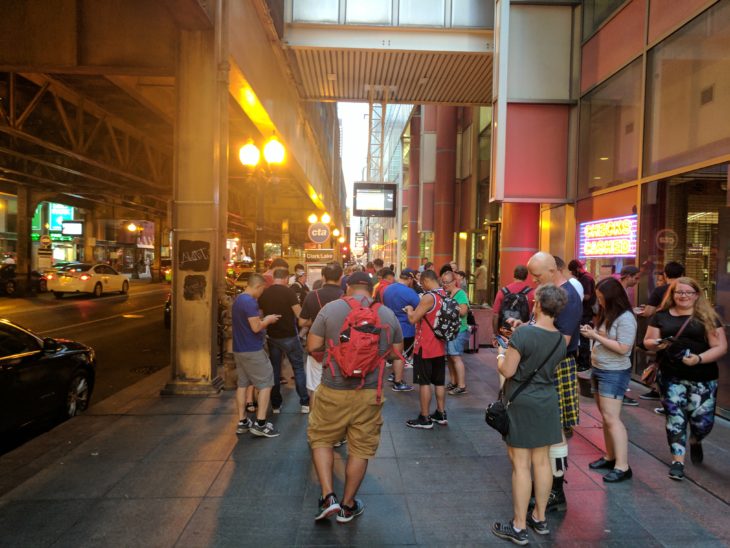 Niantic CEO, John Harke, has taken to the internet to explain what happened during the first official live meet-up last week. The long post on the Niantic website explains what happened in detail. According to him, it was all due to technical issues, but the team is pressing forwards to the next events.

According to Hanke, “technical issues with our game caused client crashes and interfered with gameplay for some users”. In addition to this, the “oversaturation of mobile data networks” was a bigger problem. As a result of this problem with the mobile data networks, many players were unable to access Pokemon Go and other Internet services. As expected, the network congestion also led to a login issue with the game and the internet in general.

Developer Niantic seems to be taking this as a learning curve. The developer “deployed Cellular on Wheels (COWS) to expand their capacity” to increase the amount of date for players to use . Clearly this was not enough as many players were unable to access the game.

The company has acknowledged the issues, apologized to fans and gave all attendees full refunds for the event. In addition to this, the players also received $100 in PokeCoins which is the in-game currency. The first two Legendary Pokemon in the game are now available for capture. Players can catch Lugia and Articuno around the globe by attending their special Raid Battles. More Legendary Pokemon will also be unlocking for a short time this summer.

“Last Saturday was not a happy day for us, but we are committed to listening to that feedback, however harsh, to improve what we do so that we can continue to build experiences that bring together people, technology, and the real world in innovative ways,” Concludes Hanke