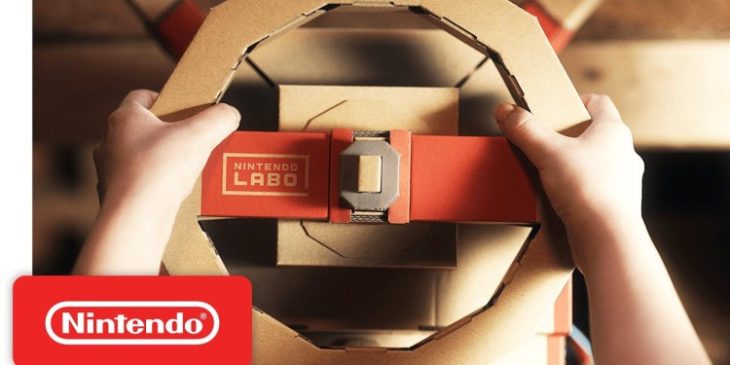 Recently on Twitter, Nintendo revealed a brand new Labo Kit designed for a variety of vehicle transformations. The new trailer for the Toy-Con 3: Vehicle Kit shows off a few unique features which allows players to morph the final product into multiple different adaptive vehicles from land, air and sea.

The Switch has seen moderate success in the cardboard constructing controller adaption, and the Vehicle Kit seems like it could be the most complex one yet. Players are shown how you’ll be able to use a steering wheel assembly and foot pedal to drive around in an all-terrain vehicle, pulling off wheelies with the tug of a rip cord.

Related:  Does The Switch Have What It Takes To Surpass The PS4 In Sales? The Wii?

With a few swaps and lever pulls the players can insert the Joy Con into a control throttle joystick and transform the road vehicle into a stunt-like soaring airplane. Further on, the plane can land in the water allowing the player to move the Joy Con over to a another constructed piece of equipment which turns the vehicle into a submarine for underwater exploration.

With no games revealed other than what was shown off in the trailer, there’s some speculation that Mario Kart 8 Deluxe will one of the big games to receive an adaption for the steering wheel/foot pedal assembly – especially since the game recently received an update to support the intuitive Labo controller. However, as of now, only the motorcycle controller from the Variety Kit which makes it seem even more possible for an actual wheel/pedal adaption.

The new Vehicle Kit from Labo will be released on September 14th, 2018 for the Nintendo Switch.