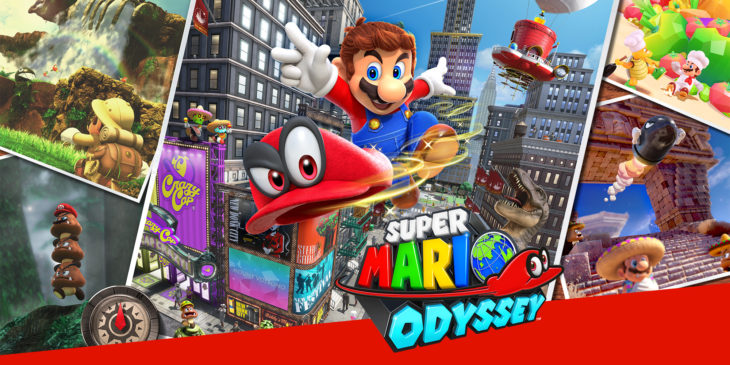 The Nintendo Switch has an amazing line-up for it’s first year of life. It’s difficult to find a way to criticize the console’s line-up with games such as The Legend of Zelda and Splatoon already launched. There’s still plenty more to come however so let’s take a look at what the Switch has coming up.

This tactical role-playing game had players screaming X-Com at their screens when the game was first unveiled at E3. It’s certainly easy to see why since the game looks almost exactly like the popular X-Com games. However, it’s set in a much more bright and colourful world where Mario, Luigi and Peach have teamed up with Rabbid versions of themselves to defeat a new evil. It looks like a classic in the making for the Nintendo Switch, and we can only hope that X-Com gets a Switch port in the future.

While this one is a re-release it does bring the Switch one step closer to being a fighter game lovers dream. The system already has Arms, Nintendo’s unique fighting game and now a port of Pokken Tournament will add to the list of fighting games on the console. This game should help tide Pokemon fans over while they want for news on the core Pokemon RPG which is coming over the next few years.

It’s not a Nintendo console without a Super Mario game, and this one looks to take the series in a very different spin. It brings Mario to a brand new world filled with humans and other creatures as he progresses through the different levels with his magical hat. It sounds almost like a joke, but the game is very real and the gameplay we’ve seen so far looks amazing. Based on how good the game looks already, Nintendo could have started a new spin-off series for Super Mario with this game.

The game is being developed by the team who worked on the Hyrule Warriors spin-off. As a result, we know exactly what to expect from this hack-and-slash game. It’s going to be filled with enemies for players to cut through, and the gameplay we’ve seen so far looks pretty good. There’s no release date yet but it’s supposed to be releasing this Autumn so we should hear an announcement pretty soon.

The Nintendo Switch certainly has the First Party Games from Nintendo, but does it have the Third Party support also? Most definitely. Games such as Rocket League, Skyrim, Stardew Valley, Payday 2, Dragonball Xenoverse 2 and Rayman Legends are all coming to the Switch this year. Even The Deep End Games is porting their horror game Perception to the console. So clearly there’s a nice variety of games coming in the near future.

2018 is also looking to be a strong year for Third Party Games with Lego Worlds, Steep and Lost Sphear all expected for release then.

If you’ve already forgotten then there’s a list of all major game releases for the Nintendo Switch so far.

Other smaller games include:

So what do you think about the rest of the Nintendo Switch’s line-up for the year? How would you personally rank the systems launch vs the other current gen systems? Let us know!