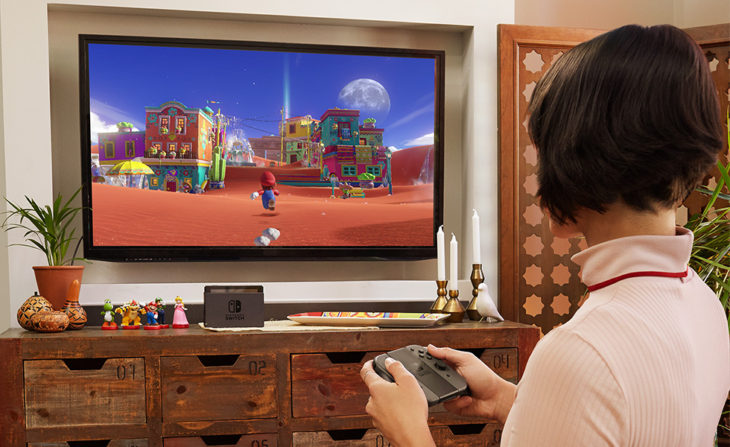 The good news just keeps rolling in for Nintendo. A recent report in Tech Crunch and Forbes, among others, has placed Nintendo’s latest home console offering, the Switch, on top of the list of the best-selling console of all time in the United States, selling 4.8 million units within the first ten months of its launch, beating out the Nintendo Wii, the previous title holder, by 800,000 sold.

Internal figures have pegged the Switch as Nintendo’s best-selling console of all time in their corporate history. Launched in North America in March of 2017, the Switch has maintained strong sales throughout hardware shortages and a lack of a huge software library. At $USD 299, the Switch is competitively priced though underpowered when compared to rival consoles. Sony and Microsoft have cornered the high-end market while Nintendo looks to carve out a hybrid niche for itself.

Nintendo’s Switch became the best-selling console of all time in the United States on the backs of software like Super Mario Odyssey and The Legend of Zelda: Breath of the Wild.

Sales of these two titles are nearly one to one to Switch consoles sold. The Switch flagship and launch title, the Legend of Zelda: Breath of the Wild, is in the possession of 55 percent of US Switch owners. Super Mario Odyssey follows suit at 55 percent of US Switch owners having the title in their lineup. Mario Kart 8 Deluxe rounds out the list of blockbuster in-house titles with an attach rate of 50 percent.

As is indicated by the numbers, the Switch’s strength in first-party software has buoyed it to the top of the best-selling console of all time list in the US.

A hybrid console approach to gaming

Another factor driving sales of the Switch is the console’s unique market position. Sporting both a portable and traditional console mode, the Nintendo Switch appeals to a broad swath of customers that previously did not consider a Nintendo console. Traditionally strong in the handheld market, Nintendo’s hit and miss home consoles have always struggled to gain traction with third-party developers. The Wii changed this and the Switch looks to continue the spiritual tradition set by the Wii’s phenomenal success.

The Switch’s success has so far outstripped its predecessor the Wii U. It is expected that the Switch’s sales will eclipse the lifetime Wii U sales sometime within this year should the current pace continue.

Another factor weighing heavily on the Switch’s future is the upcoming game release schedule. While third-party developers are currently showering the Switch with love, this will need to continue into the future for the console to remain on top.

The strength of software going forward will determine whether the Switch remains the best-selling console of all time in the United States and for Nintendo particularly. As it stands now, Nintendo execs must be busy trying to crank out new titles to keep the momentum going.

While many in the industry transition to a digital only footing, Nintendo’s choice to make competitively priced hardware with expandable memory stands out. Time will only tell if Switch software begins to outpace the console’s current storage methods. As the Switch becomes a more dominant force in the industry, expect bigger games down the road – and that’s something every Nintendo fan can love.