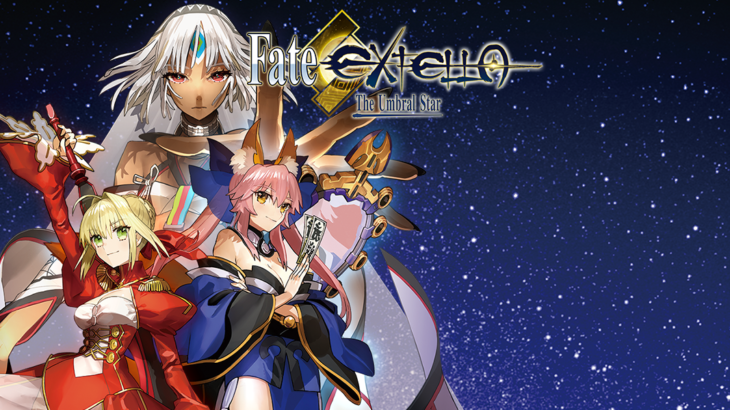 Several major pieces of news have arrived for the Nintendo Switch. Nintendo’s console has just received a new game for North America, and Ubisoft has confirmed that Rayman Legends will be getting a free demo. In addition to this, Minecraft has received a very nice update.

The next addition to the Fate series has just arrived on the Nintendo Switch. It was originally released earlier this year for the PS4 and Vita but later received a PC release also. The game has been available in Europe for a few days now but it’s just been released for North America today.

This third person hack-and-slash game features huge battles with 16 different playable characters. The Switch version also includes over 30 costumes which were originally paid DLC along with an exclusive outfit.

Fate/ Extella is now available for digital download from the eShop or purchase in a physical form.

Ubisoft has just announced a release date for Rayman Legends: Definitive Edition on the Switch. The platformer will be available from September 12th and includes a bunch of Switch exclusive features. Including ones that take full advantage of the controls and touchscreen. It will also support four player local wireless multiplayer between Switch systems.

When the Switch is in undocked mode, players will be table to tap the screen to kill enemies, move platforms and cut ropes all the time. The feature will work in both single player and multiplayer.

Developer Ubisoft expected to release a free demo this summer. This comes shortly after is was found on the European eShop by gamers but the demo was quickly pulled from the store. There is currently no release date for the demo but it should be arriving sometime next month if Ubisoft intends to release it before the end of the summer.

Mojang has just released an update for Minecraft on the Nintendo Switch. It’s a pretty large update with plenty of bug fixes to keep players happy. However, the most exciting thing about this update is the resolution increase in docked mode. The Nintendo Switch version now runs at 1080p when placed in the Switch dock. It looks like Microsoft was able to solve the resolution issues that came with docking and undocking the Switch.

The update also adds the following things to the game:

As previously mentioned, the update comes with a large number of bug fixes and changes. In addition to the ones mentioned above, Mojang has fixed the areas in Battle Maps where it was possible to escape the map. They’ve also made improvements to performance in Solo Glide when restarting the level.

Microsoft also confirms that a large update will be coming to almost all Minecraft versions very soon. This upcoming update is the “Better Together update” and will address cross-platform play between PC, console and mobile devices. However, the PlayStation consoles won’t receive this update as according to the wishes from manufacturer Sony. It’s currently unknown if this update will also apply to the VR versions of Minecraft. We’ll update you when we learn more.

The full patch notes for the recent Minecraft update can be found on the forums here.

Several other games are releasing for the Nintendo Switch this week. Switch owners will be able to purchase Overcooked from this Thursday while on Friday the Namco Museum will release. The Namco game contains a variety of retro games including Pacman and Galaga. Some of these games feature co-op or multiplayer with a second player using another joy-con controller.