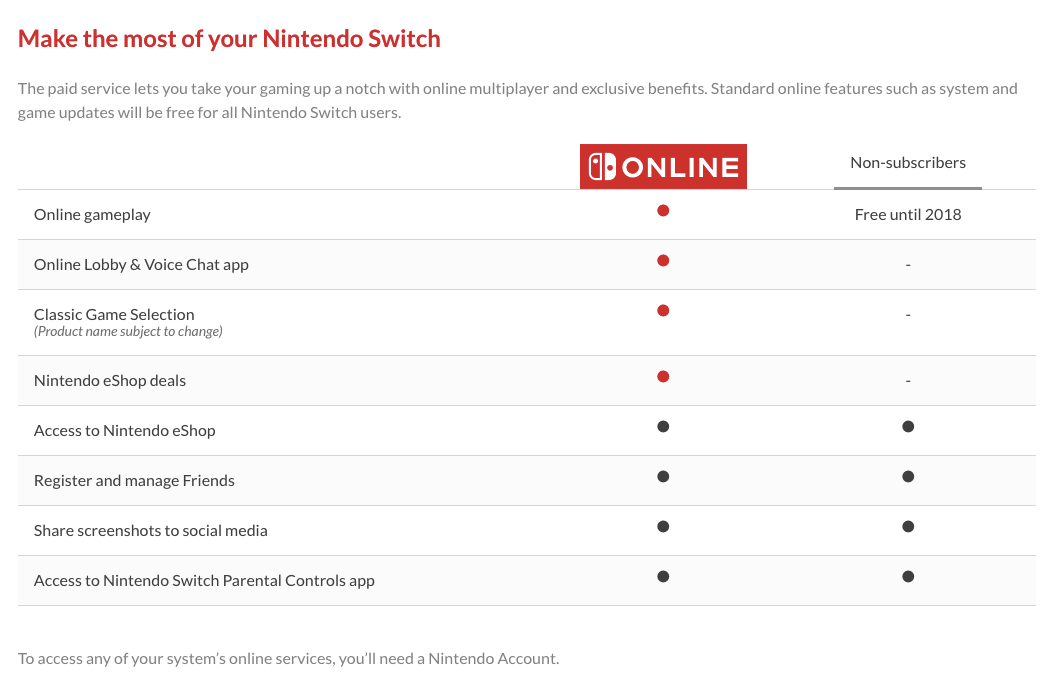 The online play for Nintendo Switch will remain free until 2018. However, the exact date has not been revealed yet. Once it gets to this date, Nintendo will begin charging for their online service. Users will be able to sign up to the online service membership for a small amount of money per month. Here are the payment plans and pricing:

This is considerably cheaper than what Microsoft and Sony currently offer. Both of their online service subscriptions cost around $60 per year.

In addition to this, Nintendo has also provided a table to show the difference between subscribers and non-subscribers. According to this, subscribers will also be getting access to the ‘Classic Game Selection”. This is a library of classic games from the NES and SNES.  According to the details from Nintendo, gamers will be able to play these games as often as they like as long as they have an active subscription. The company has also revealed that Super Mario Bros. 3, Balloon Fight and Dr.Mario will be included in the Classic Game Selection. It’s also possible that the title of this service will change in the future.

The online voice chat app will be releasing in full alongside the subscription service next year. However, a limited version of this app will be available from this Summer and everyone will be able to use it. Once the online service gets its subscription mode however, this will be changing and players will need to buy into it.

While Nintendo has revealed quite a bit ahead of E3, the company will most likely have more news for their conference on June 13th.