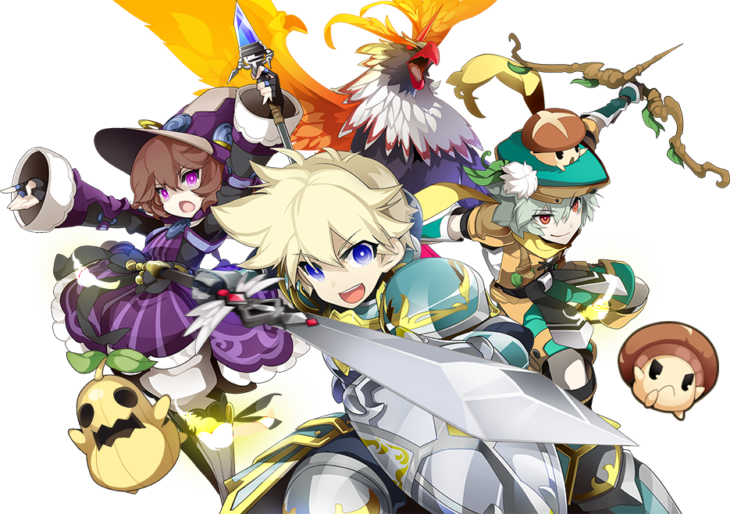 MMORPG fans rejoice as one of Japan’s most beloved RPGs finally hits mobile devices all over the globe. Marvelous Inc. celebrates a successful launch of their acclaimed title, now giving fans everywhere the proper inclusion of an addictive and popular mobile release, Logres: Japanese RPG.

Countless quests and jobs are packed into Logres’ gameplay features, and also gives players plenty of customization options along the way. With unique avatars and characters, choose to campaign alone or join in on co-op across the vast online universe unleashed stretching over the globe. Join forces and complete epic and legendary quests to rid the world of chaos.

Sticking to the traditional JRPG style, Logres delivers a mobile MMO experience found nowhere else. Plenty of features keep the game interesting and competitive throughout hours upon hours of gameplay. With 16 character jobs, powerful bosses and enemies, as well as loads of equipment to allow deep and stylish customizations for players of all tastes.

Accompanying the worldwide release are a few new features to enhance gameplay value and mechanics. A Tier 4 Guardian is now available to help save and protect your team from large-scale attacks. Increasing hit points, defense and recovery of all party allies, and even the chance for a special ability only to the Guardian to revive fallen players. Another important addition is the increase of the level cap. Players are now able to cap their players off at 80, as well as unlocking two new Job Abilities at levels 75 and 80.

MMORPGs are a huge market in the realm of mobile gaming and online stores are stocked full of great titles all worthy of playing. The Japanese market has unleashed yet another fantastic looking title, eagerly awaited by the rest of the gaming world. Available now, find Logres: Japanese RPG available on mobile devices worldwide.