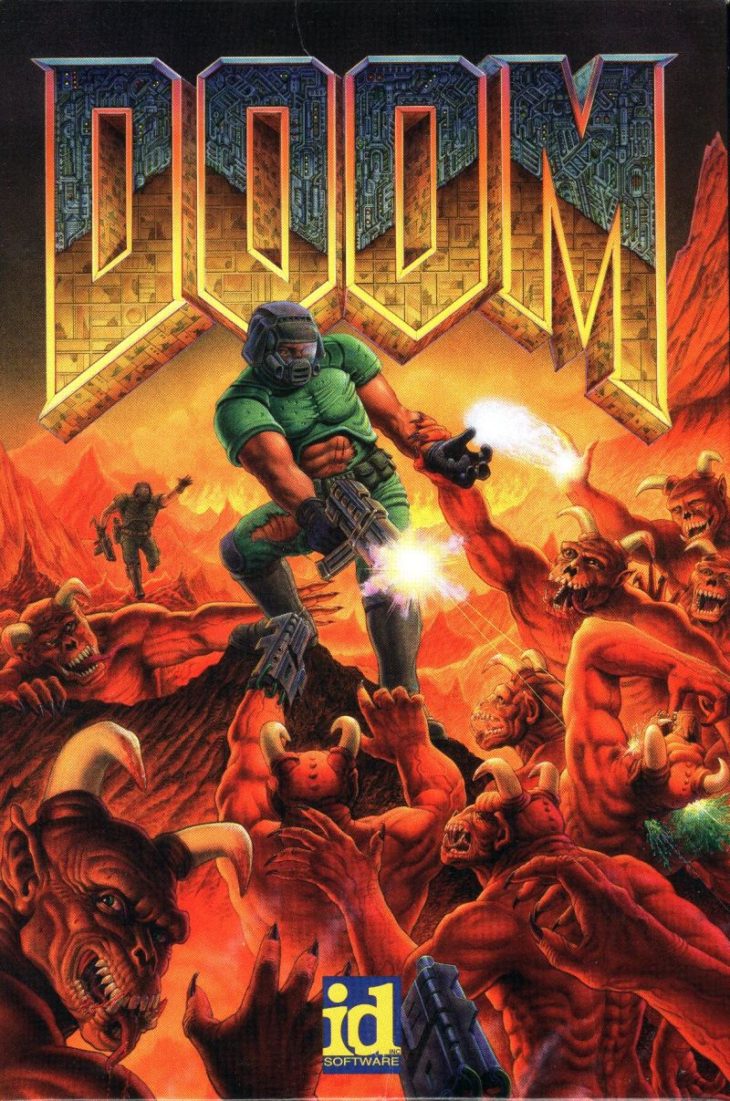 Doom has one of the most iconic covers of all time. Almost every gamer knows what the original box art looks like. And since it was first released, Doom fans have been left wondering who, if anyone, was the original Doom Guy on the front cover. This age long question has finally been answered.

While many assumed the Doom Guy was just a drawing, what you need to understand is that the designers had a reference image. And the person in that image was the Original Doom Guy.

John Romero, one of the original Doom creators, has revealed that the cover art was based on a “male body model”. This model was photographed for reference by illustrator Don Punchatz. However,  the shoot didn’t go exactly as planned. If you’d like to keep the Doom Guy a mystery then we advise that you stop reading this article now.

“I kept telling the model what to do but he couldn’t see the scene in his mind.” states Romero in the blog post.

Romero reveals that he was there on the day of the photoshoot with the model. “The model was holding the gun in various positions and none of them were interesting to me.” reads the blog post. After about 10 minutes of failed attempts, Romero finally had enough.

He threw off his shirt, grabbed the gun and had the model grab his arm like a demon. They did a variety of positions and the ‘demon’ grabbed different body parts. In the end, they went with the arm-grabbing position.

“I AM THE DOOM GUY” reveals Romero and keeping this secret for so long must not have been easy.

However, in Doom II’s level 30 boss fight, a distorted demonic message saying “To win the game, you must kill me, John Romero” appears. Have developers been trying to tell us for years? It’s possible that yes, they have.

Did you guys expect that twist? Let us know in the comments!