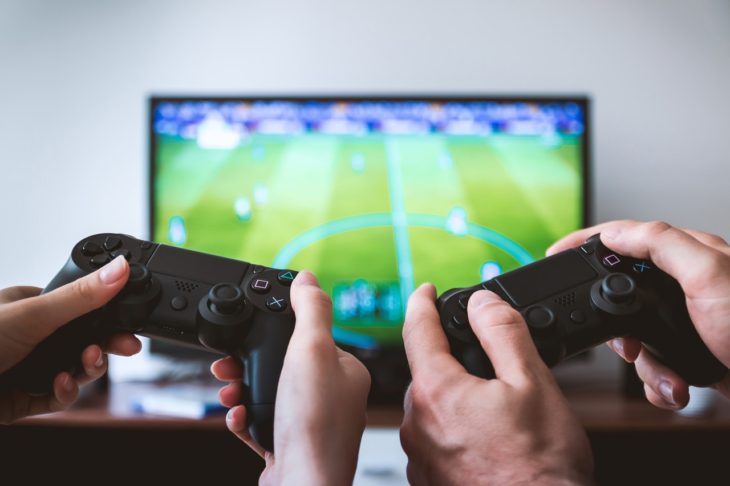 Overwatch League is an Esports venture with some big financial backers. Think Robert Kraft of the NFL’s New England Patriots and the NBA’s Sacramento Kings co-owner Andy Miller. Those are the two biggest sports leagues in North America, and they think the future is Esports and videogames. Triumph of the gamers at last?

The Overwatch League launched January 10, 2018 in the Burbank arena, a refurbished space that was packed with fans.

Overwatch is the massively popular competitive arena first-person shooter by Blizzard. Long known for their standard-setting games, Blizzard’s Overwatch is a phenomenon unto itself.

Overwatch is one of a handful of games that are available across all platforms, generating a massively competitive scene to accompany the craze the game has created.

Fans looked like fans at any other sporting event, and competitors wore jerseys and gave a show.

While Patrick Shanley was dazed by the fast-paced action of the Overwatch League on the big screens, he nonetheless absorbed an environment that is nothing less than a sports atmosphere.

The addition of games, screens, and joysticks just meant it was less physical and more ephemeral.

But this is not the Overwatch League’s goal.

Instead Overwatch League is recognizing a business need and capitalizing on a market niche.

Videogames are incredibly popular, and it was only a matter of time before competitive gaming caught on in a big way.

Speed running for charity is already known for raising millions of dollars for cancer research among other things, so it was only a matter of time before gamers in North America got paid to compete.

After all, this is everyday life in South Korea. Is Overwatch League a sign of big things in the US?

Shanley described the two competing teams, the spirit surrounding the match, and how it all imitated and iterated on an athletic event.

Over 350,000 people watched the Overwatch League inaugural event, an impressive number by any standard but especially for something like Esports.

Long a niche, and oft derided by “purists,” Esports has steadily built cultural cachet as videogames have grown in appeal.

Sports Illustrated says Esports is booming business for investors and is expected to surpass $1 billion in revenues by 2019. Many tournaments, especially those in Asia, command purses more impressive than many staid, traditional sporting events.

If Overwatch League is the beginning of that trend in North America, then gamers have a lot to look forward to in the future.

The one shifting point that makes Esports different from traditional sports is that not all games are iterative.
While Overwatch is currently popular, so was Unreal Tournament before it.

The real challenge for Esports might be in adapting to changing trends in videogames. While some games maintain vibrant communities, some wither and disappear.