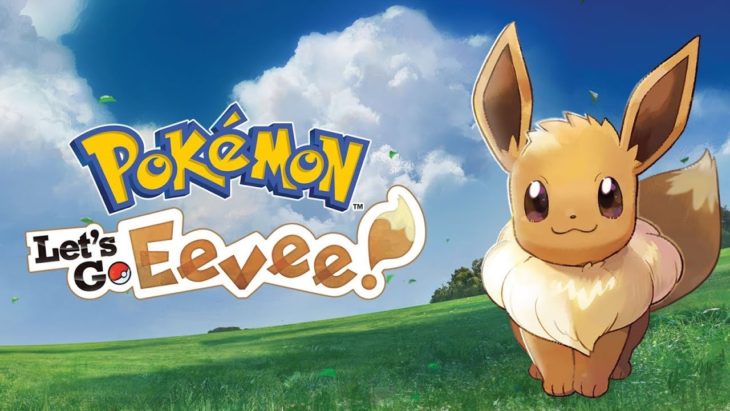 The Pokemon gaming franchise lifted players of all ages into the vibrant world of catching, collecting and battling an assorted array of quirky pocket monsters like never before. With the series’ introduction into the video game spectrum – Pokemon Red, blue and Yellow – fans were able to fill out their very own Pokedex in a journey through the Pokemon riddled fictional region of Kanto. Now, in the modern era of video games, Game Freak and The Pokemon Company have revitalized that same debut experience for longtime fans in the Pokemon: Let’s Go! series, while kindly adding some modernized mechanics to allow a refreshing take on a classic adventure.

Check out our video review of Pokemon: Let’s Go, Evee! below:

The Remake of a Classic Era

One thing to clear out-of-the-way first, Pokemon Let’s Go Pikachu/Evee are remasters of the original GameBoy titles from generation one, i.e. Pokemon Red, Blue (Green) and Yellow. The game(s) are not the next-gen Pokemon titles in the series, therefore, they only contain the original 151 Pokemon from the start of the series. Now that we have that cleared up, let’s take a look at what the newly revised Kanto brings to the table.

Welcome Back to Kanto

Players familiar with the Pokemon entries will find themselves comfortably at home with what Let’s Go brings to the Switch. While the game now offers up the ability to embark on a mainline adventure on a home console for the first time, but not before introducing a few new features and changes to the mix. The story is exactly what veteran players remember from the first adventure through the world of Pokemon. Grinding out training sessions with Pokemon, collecting as many of the vivid pocket monsters as possible and earning yourself all of the Gym Leader badges in order to call yourself a Master Trainer will be your primary goals, but exploring Kanto in a new and polished way presents a lovely nostalgic feeling to wash over your senses. Especially after hearing all of the revised classic music along the way.

There are a few big changes to the formula that may, at first, push longtime fans away. First off, if playing while the Switch is docked players must use only one joy Con controller – or the Pokeball shaped controller which released alongside the Let’s Go entries. While maybe a bit off-putting at first, you’ll soon discover that you’ll only ever use one joystick and a couple of buttons anyway, as the game itself follows an incredibly simple pattern of button inputs and motions. So while your expensive and comfortable Pro controller may be useless for this particular title, the game fits the mold of using one Joy Con remarkably well. And if you wish to take the game on the go in handheld mode, then both Joy Cons attached is an option for those seeking a bit more of a traditional experience.

Another change which involves the Joy Cons is the inclusion of two player co-op. While in co-op the game will automatically follow player one (which can leave player two feeling a bit left out), teaming up in battles can create some incredibly powerful moments. Working in tandem with a friend is a new way to experience Pokemon, and just as long as you work together when running about and exploring, the adventure can be exciting for both parties involved.

The Art of the Capture

Once out in the wild and seeking out your first few Pokemon to capture, veteran players will immediately notice the absence of random encounters. Instead of running into triggered battle sequences when rifling around in the rough hedges, players will spot wild Pokemon wondering about. Introduced from the Pokemon GO mobile title, once a player encounters one of these many wild Pokemon is when you’ll be instructed to strategically heave Pokeballs at the Pokemon encountered.

While not exactly the excitement of battle, capturing these wild Pokemon to help fill out your Pokedex still invites a bit of challenge to the game. For those familiar with the Pokemon GO entry, catching Pokemon is slightly similar, but still presents its own unique approach to locking in a successful capture. A colored ring repeatedly closes over the Pokemon, and color of that ring – either green, yellow, orange or red – determines how difficult the Pokemon is to catch. A green means you shouldn’t too much difficulty reeling in that new Pokemon in the first few tries, while orange and red presents tougher situations and may require additional items to nab yourself the Pokemon.

A successful catch may also be achieved based on the timing of your throw. Tossing the Pokeball while the ring is still relatively large has a lower chance of success while timing the throw just right when the ring is smallest rewards the player with a higher chance of capturing the Pokemon. At first it becomes easy to time these throws for precise tosses, but later on Pokemon become much more agile and move around the screen relentlessly, batting away Pokeballs which can leave players mildly frustrated at how many Pokeballs are wasted in one encounter. However, the game does allow the player to toss Pokemon various berries which alleviate some of the difficulties, like calming a Pokemon down or improving your overall capturing odds.

Adding to the capturing mechanics is also the new “size” opportunities various wild Pokemon present. While most of the time players will discover the standard rendition of Pokemon stature, occasionally players will stumble across different sized Pokemon. Huge and small Pokemon can be found roaming the wild, and if caught, reward players with more experience points – which helps level up all Pokemon in the player’s active party. And capturing the same Pokemon type in a row stacks up a multiplayer that also adds to the overall experience pool, providing valid reasoning for going after one specific type of Pokemon.

Hearing this feature may sound a bit tedious and strange at first, since – who wants 13 of the same Pokemon? Well, Let’s Go works around this formula by allowing players to trade-in duplicates of their Pokemon collection for specific candy which permanently increases certain stat points for the Pokemon it’s used on. This allows for a simple, yet rewarding commitment for capturing as many pocket monsters as you can find, while ensuring your Pokemon collection won’t be flooded with 50 Zubats and 100 Rattatas – as well as offering upgrades to your permanent Pokemon collection.

Not So Wild, But Still Plenty Of Exciting Battles

And for those fans craving the Pokemon battles that were a cornerstone for the earlier releases in the series – they’re still there, just not as random as you remember. Various Pokemon Trainers are scattered all around Kanto giving plenty of opportunity to see what your newly acquired Pokemon collection is made of. And the battles present nearly the same style the game series is known for, presenting a simple approach to standard turn-based combat.

Players are still capable of equipping up to six Pokemon within their active party and each Pokemon can harness four different attacks, be them offensive, defensive or various buffs. In fact, the entire combat system is nearly the exact same of previous entries, now just with updated visuals and animations. Pokemon: Let’s Go even offers the more recent ability of Mega Evolutions introduced with the sixth Pokemon generation. While this new tactic does allow a few different strategies to be taken not seen in this iteration of Pokemon, the combat system remains one of the ongoing high points of the long-running series.

Exploring Kanto has never been more lively and vivid than what’s presented in Let’s Go. The slick modernized visuals and smooth animations make re-visiting the original adventure in the series a perfect starting point for newcomers, and a blast to experience once more for the Pokemon veterans. While the overall experience may add some new, foreign features to the original formula which may seem a bit off-putting at first, Let’s Go holds its own as a solid refresher for where the Pokemon adventure first took off. Earning Gym Badges, discovering and catching the original Pokemon that debuted with the series, and experiencing familiar territory in new light creates a perfect chance to dive back into the vibrantly colorful world and help transition fans from the once handheld exclusive series to a more impressive home console premiere.

Many players may be a bit put off from the new twists and features introduced into the Pokemon series with Let’s Go!, but those hesitations should quickly be put to rest once taking the dive. Kanto comes to life with the same cutesy graphics one comes to expect from a Pokemon game with exciting new battle animations and the new catching system inspired by the Pokemon GO mobile title. There’s plenty to love in the Let’s Go! rendition of the classic series, for newcomers and longitme fans alike.

The return to Kanto is a stimulating experience for those longing for the simple days of the first generation of Pokemon games. While many familiar with the series will breeze their way through their return to Kanto, the new mechanics brought forth from 2016’s Pokemon GO adds a little spice to the formula. The absence of wild Pokemon battles may be a bit off-putting to those who are craving a new fully realized experience, but there’s still plenty of other opportunities within Let’s Go! to see what your collection of Pokemon and training skills are made of. Throughout the years of continuous Pokemon releases and new generations, it’s refreshing to see just how well the two decade old formula holds up with the rest of the series; and what the future of the series has in store for returning fans.