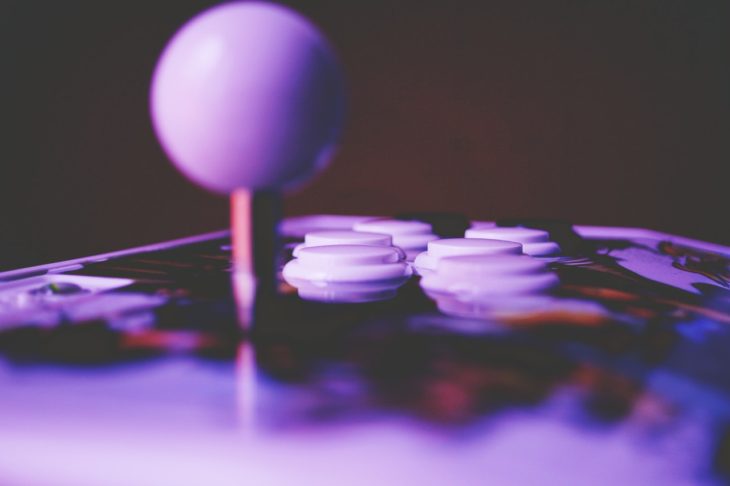 Have you ever heard the urban legend about Polybius, an arcade game from 1981 that caused players to go insane? Sensory deprivation. Subliminal messaging. Government agents retrieving data boxes. All of it existing in the twilight between truth and fiction?

Welcome to the Polybius myth, now a feature focus of an amazing new podcast called The Polybius Conspiracy.

The Polybius urban legend is based on a myth originating in 2000. It purports to tell the tale of an arcade game from 1981 that caused its players a wide array of ailments and even madness. According to this gaming urban legend, the arcade game was part of a US-government operated crowdsourced psychology experiment. The game featured gameplay tailored to elicit strong psychological responses from the player. The graphics featured bright colors, flashing lights, and hidden messaging.

It is simultaneously described as seizure inducing and cutting edge by people who claim to have played the real arcade game.

The Polybius arcade cabinets were said to be monitored by literal “men in black.” Most cabinets disappeared after a short time of crowd testing. Specifically, Polybius was purported to have emerged first in Portland, Oregon.

The myth continues to say that the game was extremely addictive unlike any game released before it. So addictive that queues for it formed in front of the cabinets and even led to aggressive behavior on the part of players.

Polybius was produced by a company with a German name called Sinneslöschen. This name roughly translates as “sensory deprivation.”

Gamepro featuring Polybius adds fire to the flame of conspiracy

The myth gained modern currency after being featured in a 2003 article in Gamepro magazine. Though the magazine said the game’s existence was “inconclusive,” this represented the first known printed media about the game.

Though the story has taken some twists and turns since then, with one many even claiming to be a former programmer on the game, nothing has proven definitive.

His descriptions of the gameplay were used to make a game that is available today. This game apes many of the elements said to exist in the original Polybius.

So how did this game become the topic of a narrative podcast?

A seven part podcast called the Polybius Conspiracy follows a man that claims to be a victim of this conspiracy as he seeks validation and others who experienced it as well.

As the Financial Times points out, initially the podcast was believed to be aimed at gamers.

But given the popularity of the Netflix show Stranger Things, The Polybius Conspiracy has taken a page from that book and features a heavy 80’s vibe. There are also elements reminiscent of the 1980’s hit movie The Goonies.

Overall, The Polybius Conspiracy is a well-done, intriguing work of narrative podcast but what has many listeners upset is whether it is true or not. But this is the problem with narrative podcasts in general – some of the mystique is lost if the heavy hand of truth is laid too soon. The Polybius Conspiracy exploits this well-known and time-tested storytelling tactic and to good effect.

You will listen all the way through and, frustrated or not, you will come away intrigued.

Indeed, as far as conspiracy theories go, perhaps Polybius relies a bit on truth and a bit on fiction. While the podcast offers no conclusive answers, it does provide listeners with a winding narrative that, while poorly paced at times, is engaging and well crafted.

Gamers that enjoy conspiracy theories will have a lot to like here. But more broadly, people who are embracing the 1980’s nostalgia wave will enjoy the podcast as well.

You can listen to The Polybius Conspiracy here at this link.