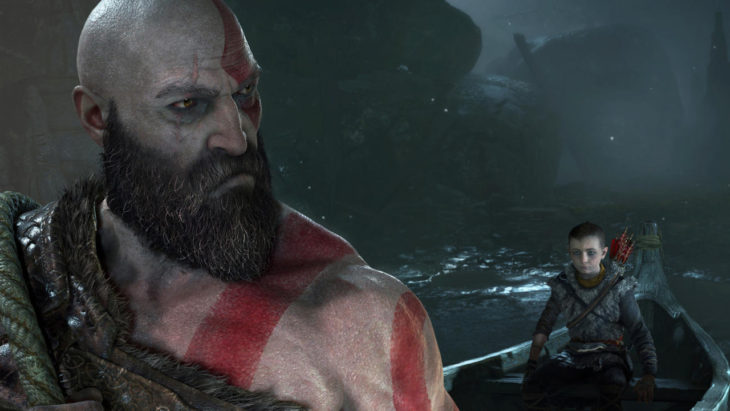 …And He Seems to Have Aged Extremely Well

The God of War series has become one of the most iconic franchises surrounding the video game and entertainment industry within the past two decades. Kratos is an image of brute strength, faithful determination and relentless hatred for the mighty gods of Greek mythology. It’s been five years now since the last main installment of series released – that title being the minor let down, Ascension – but fans are resiliently eager to get their hands on where Kratos and the series is headed next; stepping away from the stagnant Greek mythos, and deep into the Norse mythology era in God of War.

Bearded, aged and now the title of father added to his long resume, Kratos has been conjured up in some of the most epic battles displayed in gaming history. With the series beginning to grow stale after a decade of Greek god slaying mayhem, many began to wonder if the series had run its course. Now back and looking more groundbreaking than ever, God of War is shaping up to hit fans with tons of new features to reboot the beloved series.

There’s no question that the new footage and trailers displaying God of War showcase a game that looks incredible. The visuals and sense of realism is some of the best we’ve ever seen in the industry, while the mechanics and animations are plenty beefy enough to back up the polished graphics. The same brutal display of Kratos pummeling attacks and finishers are still very much present, but now players have a much deeper system that surrounds the essence of the series.

The biggest change players will notice is the co-op system between Kratos and his son, Atreus. While Kratos sticks to his primary focus of physical melee attacks and fierce combo chains, Atreus takes on the range method with his trusty bow. Atreus works like other AI companions seen in adventure games with little maintenance involved to keep him attacking and healthy. Players are able to help direct arrow shots by aiming at certain points on the enemy and pressing the designated “Son” button. While Atreus’ arrows won’t slay giant beasts barely chipping away at health, they do significantly increase the stun meter. And if Atreus becomes overwhelmed and falls in battle, he’s simply knocked out for the remainder of the fight.

Players will be able to stun large enemies allowing the chance for a massive damage dealing attack. As mentioned before, Atreus’ arrows help fill the stun gauge, but Kratos’ new Leviathan Axe has its own method of raising the enemy’s stun gauge. By hitting the same weak points Atreus aims his bow at, Kratos is able to hurl his fierce axe which also increases stun damage. Along with stun, the newly equipped shield found in Kratos’ left hand also allows players to parry incoming attacks.

Related: Preview: Explore Hidden Secrets in The Lost Cave of the Ozarks

Stun damage looks like a great way to lay out some brutal attacks to the many ogres, trolls and draugrs that wait within the Norse world. However, the light and heavy attacks provide a much improved, and ultimately satisfying, combat system. Using different elemental attacks by fusing your Leviathan Axe with sources, such as fire or ice. Players will lay out extreme attacks with the combination of light and heavy attacks, shield attacks, Atreus’ bow and, of course, the gruesome feat of using bare handed fisticuffs. To go along with the knuckle beating combat is the return of powerful rage mode known as Spartan Rage.

The overall feel of the rebuilt combat system provokes players to think much more strategically than in previous releases in the series. Throwing your axe at enemies has a variety of different outcomes depending on if the element have been engulfed in the Leviathan or not. Freezing enemies in place is an excellent method for taking out multiple enemies at once, utilizing the strength and versatility of the new weapon. Players will also have the ability to upgrade the axe using unique runes by adding one to the light attack and one to heavy. There are said to be many different types of runes to discover allowing players many different set-ups to help adapt to specific playstyles.

The overhauled combat mechanics look to play exceptionally well, and much of the change comes from the addition of the true freely rotating third person camera. Dispensing the hindering fixed cinematic camera angles from the previous titles, God of War now plays like a true adventure title, also allowing players much more in-depth exploration around the semi-open worlds.

A New Way to Experience God of War

While the levels found throughout God of War may be limited when compared to other true open world titles, there’s still plenty of discoveries and loot to find within each level. Trekking off the beaten path will lead to chests filled with crafting supplies and currency, experience points and runes, as well as optional boss fights. By leaving the fixed camera situation in the dust, God of War looks much more at home with the gaming industry as of 2018. The freedom to explore and look around Kratos’ surroundings is a welcomed change to the series.

God of War not only changes the combat system almost entirely, but the overall appearance and adventurous feel have become much more present. As mentioned, the game looks much more similar to other popular action/adventure games, i.e. Uncharted, Assassin’s Creed, Tomb Raider, etc, but with the extreme brute and tone of the God of War series. Due to the new camera angle, one major difference with the production of God of War is the new voice/motion capture actor replacing Terrence C. Carson – the original Kratos since 2005 – is Christopher Judge. In order for the developing team to get the height adjusted when compared to Atreus, Judge was called in to replace the significantly shorter Carson.

Along with mighty combat and brutal executions from the aged Kratos within the Norse world, players will still find their fair share of environmental puzzles. With the help of Atreus and his trusty Leviathan Axe, Kratos will stumble upon many different puzzles to solve to help take away the repetitive nature of moving boxes around in the earlier title. Aside from helping with puzzles and combat, Atreus will also help spot enemies and other important looting opportunities.

God of War if shaping up to be one of this year’s best-looking titles to release. Already getting a lot of praise for the team’s bold decision to step outside of the over-done Greek mythos and introduce fans into a completely new world of Norse mythology, Santa Monica Studio is looking to wet the appetite of players eagerly waiting for more god-slaying chaos. With this new reboot of the series rebuilt from the ground up, there seems to be only exciting possibilities and anticipation for the next release in the God of War series.

God of War is hitting stores on April 20th, 2018 exclusively for the Playstation 4 console. Stay tuned with Raging Gazebo for more on the next adventure from the brutal god-slayer Kratos.