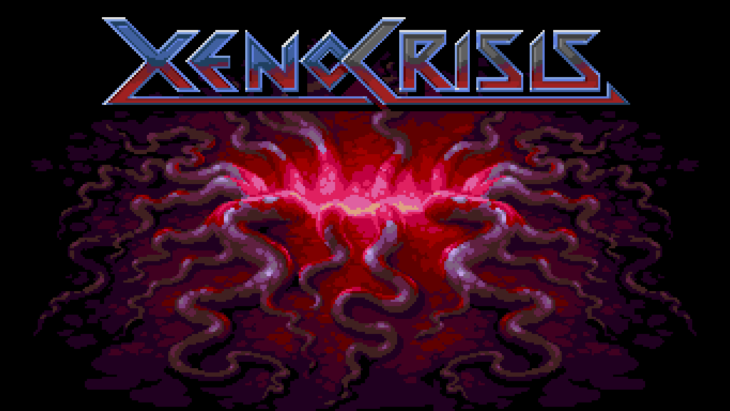 Fire Up Your Mega Drive’s, People

The retro fad that seems to be flooding the gaming industry doesn’t seem to be headed anywhere out the door anytime soon. As proof, developers Bitmap Bureau is not only releasing the 16-bit arcade style arena shooter – Xeno Crisis, but doing so on the Sega Genesis and Mega Drive consoles.

Blasting back to an old school style arcade shooter title is looking to give a grand return to arena based action games. Xeno Crisis is a superb pairing of legendary artists who’ve previously worked on Mega Drive titles. The development team is determined to deliver the ultimate Mega Drive/Genesis experience, thus teaming up with chip-tune specialist Savaged Regime, and Henk Nieborg – the pixel artist from The Misadventures of Flink on the Sega Mega Drive.

Surpassing its Kickstarter goal by more than a mile, Xeno Crisis will be in a funding stage throughout the development process, which may last until the expected release next October. Heavily inspired by the arcade greats of a golden era, like Zombies Ate My Neighbors, Grenada and Contra, this up to 2-player co-op game will be throwing one procedurally generated level after another in nostalgic retro form.

Xeno Crisis offers an intense approach to arcade shoot ’em up action in the form of an arena survival type of gameplay. Though simple controls will undoubtedly make it easy for any type of gamer to pick up and play, Xeno Crisis is sure to hold its own when the heat of combat inevitably picks up.

In traditional arena shooter form, players are able to maneuver in one of eight different directions while blasting away at the waves of mutant enemies. Each either male of female character is able to fire away with one of the many weapons available, pull off quick evading rolls, as well drop a single grenade in the cluster of your foes, the action is anything but forgiving.

Throughout the combat of wiping out opponent forces one after another, ammo crates and special weapons will drop from fallen enemies. This is particularly good as ammo is typically scarce across the game. Constantly moving and picking up items is just as important as taking out any threats that stand in your way across the hectic campaign.

A New Wave of Arena Shooters

As you traverse the levels players are able to explore the arenas and decide which doorways to go through which lead to different rooms. With the primary task of rescuing any civilians that you may come across, players will be taken on an adventure through 5 various levels in the bizarre world of Xeno Crisis. With each level housing their own boss, each one also has distinct enemies and secrets if thoroughly explored.

Players will battle and shoot their way through rooms slaughtering any enemies in their way. As more enemies are taken out, dog tag collectibles will drop and be scavenged by the player. These little beauties add up and allow players to add upgrades to your arsenal. If killed by your opponents in single player,the classic continue system takes place, allowing players to proceed onward for another go, or simply start over. In cooperative mode, if one dies, they will revive after the room is cleared by the other player.

Though Xeno Crisis builds on the retro classics of the 80s, there is also plenty of room for improvements on these arcade arena shooters. New features have been added to the intense formula of arena shooters for Xeno Crisis, many of which were left out of early retro shooters, such as having the ability to backtrack, randomly spawning enemies and item pickups, procedurally generated maps and the ever-so useful equipment screen. The evolution of gaming from early on until now is evident with useful enhancements added to the genre that seem so ordinary in today’s industry.

Of course, the hectic and severe combat action of Xeno Crisis is a huge part of the adrenaline fueled new retro-based title. Strategically engaging enemies in order and picking up ammo crates so you aren’t caught without ammo is as much of the battle as firing away. The randomizing of maps and enemies is sure to keep players on their toes throughout the entire game, never once repeating what lurks in every room.

Other interesting features include the unique upgrading system. This will give players the option to better choose how they enter battle. Whether you’re a rambo-like shooter, or more of a stealthy strategic type, the upgrade system will net better results for distinct play styles the further you progress through the campaign. Along with these upgrades is a selection of up to nine different weapons to further help vary the gameplay. Equipping a unique weapon to help turn the tides into your favor is useful in the raging shooter game.

Along with the single player and cooperative arcade mode, there will also be the increasingly difficult Infinite mode, which adds more challenge to the experience. Along with the modes there will be two separate difficulties to choose from: Rookie and Hardcorps. While players will find a much less frustrating and challenging experience with the Rookie difficulty, Hardcorps will allow players to unlock the “Good” ending of the game. Just a little extra incentive to experience the brutally challenging retro arena shooter at it’s most difficult.

There will be tons of interesting enemies that players will engage across the campaign. While the play style of a true arena shooter stays to form by slaying most enemies with a wall of bullets and hellfire, some trickier opponents will require more strategy and thought. Whether players need to flank around enemies, or avoid them altogether is down to the player to figure out. This is sure to keep players on their toes when engaging in combat with never-before seen monsters.

Among the vile and dangerous foes that lurk throughout the game are the likes of Arkanid’s – spider-like foes who travel in packs, the Xenoids who immediately target the player on sight, or the deadly Nemecyst – a blob-like organism that, if left alone will gravitate towards the center of the room and detonate itself, taking out everyone with it. Other dangers like worm infested blob called the Ovulum, which is primarily harmless, but opens up the idea of what else is crawling within Xeno Crisis.

To take out these nasty creatures you’ll need awesome weaponry, and even better upgrades. As mentioned before there is a selection of up to nine weapons to equip in Xeno Crisis. From a standard pulse rifle and shotgun, to more uncharacteristic weapons like the Rebound or Vulcan. Ricocheting bullets off of walls to reach hidden enemies, or unleashing a devastating rocket against a horde of enemies is nothing out of the ordinary for Xeno Crisis.

With the many intriguing and deadly weapons comes a slew of helpful upgrades to add to your character in between levels. As you wipe out enemy forces, every so often one will drop a dog-tag. By trading in these dog-tags, players will be able to receive unique character enhancements like further maximizing your health, increasing the damage of weapons, speeding up your character’s movement, or the chance to revive yourself upon death all help boost your player’s chances of survival.

Riding Out Kickstarter Until the End

Xeno Crisis looks wildly entertaining and an awesome chance to pull out that old hardware. The developers over at Bitmap Bureau have been hard at work trying to put out a new solid release for their favorite system, the Sega Mega Drive. With a fleet of unique features not found in the Mega Drive/Genesis era, Xeno Crisis is looking like a perfect addition to any retro game collection.

Check out Bitmap’s Kickstarter page to find out more on the arcade arena shooter – Xeno Crisis – and look over the list of stretch goals the team would like to add to the final product, including a port of the game over to the Nintendo Switch hardware.