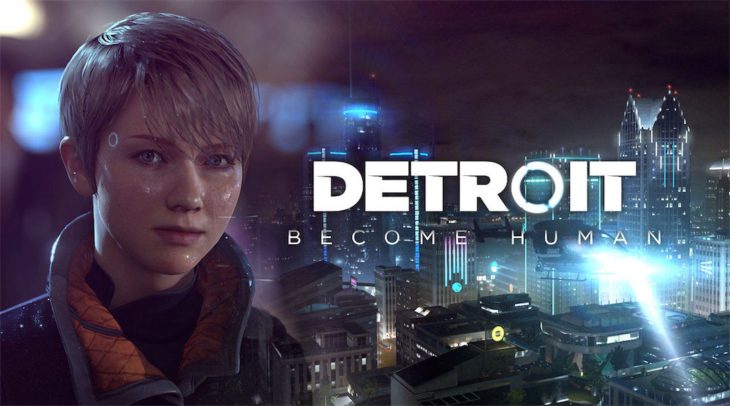 Welcome to Detroit: The Android City

Quantic Dream has prided themselves on providing cinematic thrillers involving dramatic and mature themes throughout their existence. Over the years the AAA studio has pushed out a handful of titles all digging deep into the complexity of human emotions. With high anticipation for their upcoming release – Detroit: Become Human – the bar is being pushed even further, placing players into a futuristic Detroit filled with heavy tension and rebellious androids.

It’s something many of us have pondered time and time again. With the advancement in technology, could it turn against humanity? In Detroit City, androids blend in with everyday human life, most of which sold to the public at extreme prices to do humanity’s dirty work. Work, cleaning, companionship – these are the reasons the androids exist in the world of Detroit: Become Human; but they’re also the reasons why the slave-bots will revolt.

Detroit: Become Human, like the previous titles from creator David Cage, revolves around player decisions and molding the story to the reactions that are made around every turn. While we’ve already seen a fair amount of impressive demos and trailers, the single player experience brought forth in Detroit looks to turn up the heat in terms of memorable and emotional experiences in video games.

We don’t often see a release with this much drama and tension within the story of the game. The video game industry is more or less focused on delivering a fun and enjoyable experience, but it seems more and more thrilling experiences come at the hands of single player titles delivering gut-wrenching stories that compete with the best in both cinema and television. More and more game studios are beginning to take the risk and deliver something that’s worth more than a simple moment of joy; but tranquil thought and emotion.

Will Detroit: Become Human be the next heart pounding thriller? That’s a question we won’t know until the game has released, but in the mean time we can at least take a look at what makes the game seem so special now a month away from release. Like any other David Cage game, Detroit: Become Human looks to take players on a relentless ride through the ever-winding weaves of challenging decisions and create a story built from the commitments of the player.

In Detroit we’ve seen up to what looks like 3 playable characters that each have interweaving storylines. Connor is an android negotiator introduced in the start of the game that takes place in a gritty hostage situation on the edge of a towering rooftop. Per usual in Quantic Dream titles players will spend time investigating areas and going through the motions of interactive dialogue. Only now the amplitude of how much there is to investigate and interact with appears to be overflowing with decisions that will ultimately effect the outcome.

Connor’s unique skills lie in his ability to play detective and talk his way out of a situation. Players will be introduced to something of a new feature in the David Cage line of games in that of the optional viewing mechanic to highlight clues. Interacting with each clue will add to the situation at hand and may increase or decrease the percentage of passing your current objective. Many unique tasks and challenges line the entire investigation process making for an immersive and interactive experience. As you interrogate through the scenes players will be informed when the percentage of passing the objective goes up or down all during actual gameplay.

Kara was featured in the famous Quantic Dream tech demo from 2012 showcasing the remarkable realism capable when using the PS3 hardware. Self-realizing and filled with emotion, this android lives as a human among the unknowing human population. We’ve seen her walk the busy streets of the futuristic bustling Detroit City and the puzzling reaction of the programmed androids as they spot Kara freely walking amidst these said streets. We haven’t seen much else from Kara’s side of the story, but we were teased with a grisly scene featuring Kara as a servant to a rather unsatisfactory father/daughter duo.

Marcus is the third playable character and he looks to serve on the other side of the law-abiding androids. Using the keyword of being “awoken” Marcus starts an android revolution to rise against the humans who treat them as slaves, or products. Freeing programmed androids Marcus will lead an army of awoken androids against their human creators in a fight that focuses on the rights and wrongs of humanity.

Throughout the game players will be reminded of their progress and witness a huge amount of different sequences, conclusions and game endings. We’ve seen the amount of diversity in Quantic Dream games before but Detroit looks like an almost overwhelming amount of decision-making to mold the story into many different forms. The amount of interactivity with investigating scenes and conversing with AI characters to discover more information is something that seems to be on a much deeper scale than any other decision-based game.

Detroit: Become Human looks to take the interactive cinematic gameplay from Quantic Dream to the next level. While previous entries from the veteran studio has sent us into twirling worlds of fiction, drama and mystery with top-notch visuals to boot, Detroit looks like it’s tackling this gameplay from an entirely different angle. The broader scope of selections and decisions mixed with the compelling storyline meshing humanity with rebelling androids, the futuristic Detroit City looks like it’s ready to pack a gut-wrenching punch when Become Human hits its release date.

Detroit: Become Human is set to release exclusively on the PS4 on May 25th, 2018.