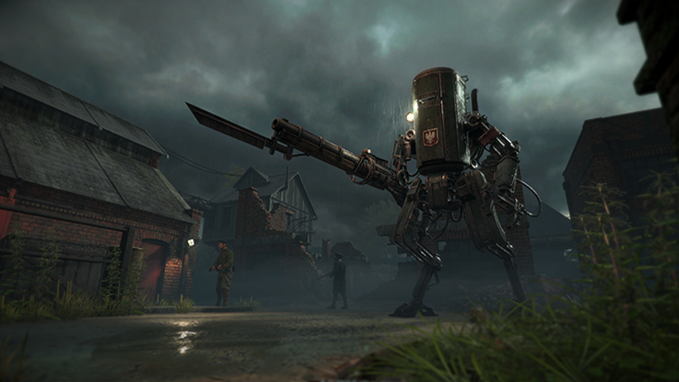 Set in an alternate 1920+ reality, Iron Harvest is the latest project from the veteran German game developer – KING Art Games. With strong real-time strategy gameplay, players will experience a modern RTS game that finally fits the mold of what the dedicated audience so eagerly anticipates time and time again.

The indie development team scoured the net for information regarding what thousands of RTS fans would like to see in a modern release in the genre. With a focus on tactical freedom over the normal clicks per second gameplay, Iron Harvest not only fleshes out a solid alternate universe through a thrilling campaign, but backs it up with deep strategic gameplay, as well.

The game of Iron Harvest is looking like it will be loaded with a massive amount of content, both on release day and future add-on content. With up to three single player campaigns that features overarching stories, the developers are also looking to add cooperative campaigns into the mix as well. On top of the main story missions players will also be able to take on both single player and co-op skirmishes, online competitive play, as well as additional challenges. Of course, this all depends on the success of the Kickstarter campaign, but if the backers continue to make pledges as graciously as they have been, reaching this extra content shouldn’t be much of an issue.

Iron Harvest features three single player campaign arcs, each of which having players control one of the three factions in the game. Each campaign trail is different providing players with unique combat options and gameplay molding to whichever faction you’re fighting for. In the world of 1920+ – an alternate 1920s universe created by Jakub Różalsk of Poland – technology has advanced well beyond our reality thanks to the fascination and impressive progress of iron, engines and other impactful technology. Years after the Great War, Europe becomes threatened by unknown forces looking to overthrow the global powers, placing players right in the middle of the action.

Across the three separating factions featured in throughout the campaign, players will take on the role as one of these special military groups, each with their own set of units and playable hero. Each of the three sides has their own story missions which all tie into the overall narrative of the game. The Saxony Empire is as advanced as any of the countries throughout Europe with unmatched military forces, completely developed cities and an incredibly powerful industry. But after their surrender in the Great War left more than a few unhappy citizens, many now oppose the policies set forth by the Emperor.

Next is The Polania Republic which has been almost completely overtaken by its neighboring countries, i.e. the other two factions in Iron Harvest. Life is hard enough when countries are trying to cling on to their own territories without the threat of unknown forces looking to take it all away. Lastly, we have the mega country booming with technological and industrial feats that help skyrocket the population of, Rusviet. However, after the long war before the people of Rusviet grow impatient leaving a lingering threat of revolution against their weakened leader, Tsar Nikolaj.

Across the riveting campaign players will follow one of the three heroes from each factions. These heroes each have their own special abilities like unique sniping skills, a stealthy spy or a leading commander. On top of special skills heroes will also have unique pets to help aid factions in combat. From bears to wolves to tigers, these helpful allies are sure to increase your odds in coming out victorious against the opposing forces.

A Rewarding and Strategic Combat System

The tactical gameplay that allows players to choose their strategic methods over mashing buttons to overpower your foes is a promising concept in the world of RTS games. Along with the heated combat, thrilling cinematic cut scenes and methodical gameplay comes with truly unique environments. Fully destructible, these settings showcase the wonderfully exuberant world of 1920+ with enormous mechs and riveting technology. The alternate WWI era Europe is something we’ve seen in video games before, but not to this technologically advanced magnitude.

Of course, as in any strategy based RTS base building will be a huge part of the preparation before combat. On top of constructing against powerful armies players will also fortify these bases to better protect your valuable research and the ongoing production of more powerful units. There will be dozens of units to lead unlocking more as your progress through the game and achieve solid protection as you build your army. Players will also be able to equip various weapons which will add additional firepower and special abilities in the midst of battle.

Still Loads of Content to Add to the Finished Product

As mentioned the Kickstarter campaign for the groundbreaking RTS title, Iron Harvest, has officially passed its initial pledge goal. However, there’s still plenty to look forward if the backers continue to flock. Adding new challenge maps and skirmish modes, online multiplayer – both cooperative and competitive with the extra addition of eSports leagues and seasons – and future support with additional DLC coming at no extra cost. While the total amount pledged at the time of this writing has yet to reach even the halfway point to final “Free DLC Campaign” stretch goal, there’s still a few weeks left to get there.

Iron Harvest looks to topple the RTS genre with authentic gameplay favoring a well-thought out plan of attack over high-powered forces determining victory over excessive clicks. Bringing to life the surreal world of 1920+, the impressive mech industry reigning over the post Great War setting looks to be every bit appealing as the unconventional method of combat. Look for more on Iron Harvest after the developers Kickstarter campaign has officially ended, but until then head on over to the Kickstarter page and consider becoming a backer of the unique RTS title.