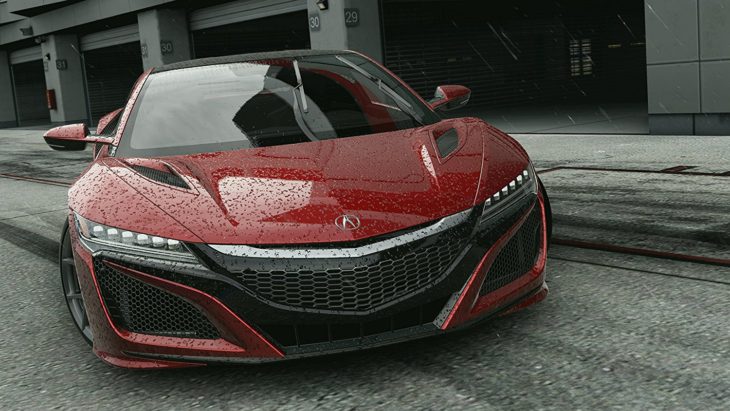 The series of racing titles releasing within the next month has officially started and Project Cars 2 takes the first lap. With a heap of fast racing machines, lively courses and an astounding weather system, Slightly Mad Studios takes the racing genre to new heights with their latest release.

At full throttle, PC2 brings an utmost vision of excellent racing simulation, exotic and powerful racing machines and a world full of surprises around every turn. Not only will fans be challenged by the professionalism of the racers on the grid, but also the dynamic weather system that may change throughout the course of the race.

The tight turns, long stretches and switch back driving require pressing attention and a determined mindset. As fog rolls in, rain clouds swell and snow flurries flutter to the Earth, the racing in PC2 continues. At the default settings, you’ll find yourself in the midst of a racing sim pushing you to race like a pro. No assists, a medium set AI difficulty and stability and traction control turned off. This is how Slightly Mad intended for PC2 to play, but thankfully for a vast majority of car fans, these are not the only settings.

For the racers a little more accustomed to the arcade racers of our time (i.e. Need for Speed, Midnight Club or everyone’s favorite, Outrun) PC2 provides a healthy dose of difficulty settings. Being able to turn on various assisting options, as well as stability control and traction control help either newcomers or casual fans dip into the expertly crafted racing title. And if that’s not enough, players are also able to adjust the slider bar for the AI difficulty and aggression. All of these settings combined can help any racer achieve the pole position, and rather easily.

New to the series are a few new racing modes to help add to the diversity of the title. Rallycross, Indy Car and popular oval courses are now discovered throughout the game. Take on a new contract in career mode and compete against the worlds best drivers all over the racing circuit.

With tons of excruciatingly fast cars, outstanding controls making for a precise racing sim and the changes of weather and day/night cycles make Project Cars 2 the deepest racing game to date. With other racers releasing this year, we’ll see if they can hold onto their first place starting spot.