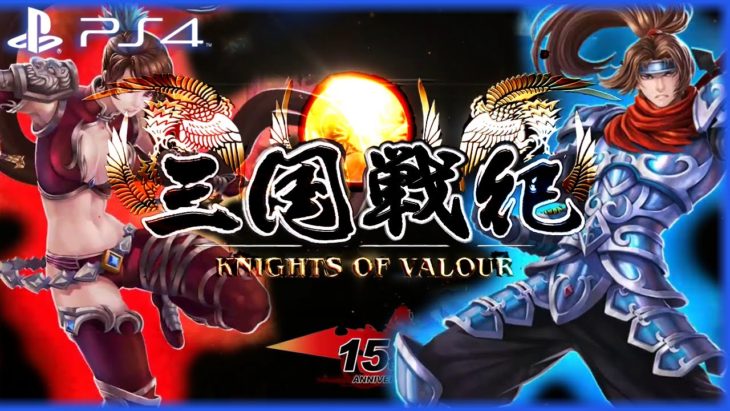 The action-packed, side-scrolling beat ’em up game arcade classic, ‘Knights of Valour’ re-released for the Playstation 4 system has been granted a new update patch. Included is a new character to play as and new systems like the ‘Mercenary’ feature, ‘Wishing System’ and the ‘Exchange System‘.

International Games System is proud to announce new free added content in an update patch for the arcade-style PS4 title Knights of Valour. The first added feature is labeled “Mercenary” which gives the player the option to summon extra support from mercenaries in the heat of battle. Each mercenary is fitted to one of three specific classes to further range your battle techniques, including Attack, Defense and Support. Also, each helpful support soldier has the ability to level-up, increasing their skills and power, making them even more valuable.

Mercenaries can also be summoned by the powerful Dragon God for those times when there’s no way to move on without powerful support. These mercenaries are viable and come as a wish granted from the God as apart fo the second new addition coming with the patch, the “Wishing System“. Along with useful mercenaries comes various weapons and equipment, all obtained via pleas to the almighty Dragon God. These wishes are acquired through wishing tickets obtained throughout the world.

Lastly, a new currency will be introduced to the game coming in the all-new “Exchange System“. Found throughout event stages adding more to the Valour experience, this new type of currency will be offered in exchange for items, wishing tickets and other pieces of equipment that prove useful through your journey. The list of items is randomized and updates after each event, while only being available for exchange during active events.

The Leaping Sparrow – Sun ShangXiang – appears as the newest character addition, decided through player voting on the game’s Facebook page. With a natural ability for aerial attacks and classified in the “Speed” category, ShangxXiang provides an all-new experience for the new hit free-to-play title.

Knights of Valour is available exclusively on the Playstation Store free of charge, as well as the new patch enhancing the game’s experience.