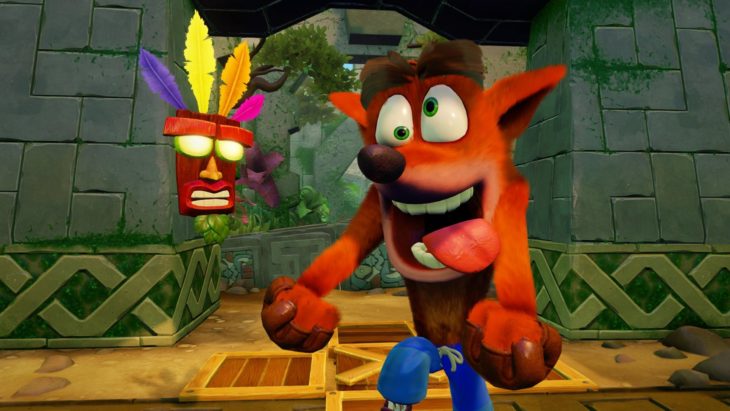 Settling The Score Of What Makes The Difference

Classic games never seem to die off as developers and publishers continue to bring them back with every console generation. Whether it’s a shiny high-definition remaster, a reboot to the series or remade from the ground up – there are major differences between the three. But, what exactly are they?

Polishing off old visuals, re-imagined out-dated audio tracks and redefining smoother controls help developers to bring over classic titles to the modern era of gaming. Remastering games brings new life to old classics and helps bring in new fans more acquainted with modern systems. Or, maybe gamers missed their initial opportunity the first time around, so picking up a remastered title helps them experience the original release with a brand new coat of paint.

Typically, remasters don’t do much in the realm of redefining physics or gameplay elements, instead bringing the closest you can get to an original release without the game seeming like a straight port. Ports are exactly as they sound: porting over the game with no changes. Remasters are like ports on steroids where the same game that may have released 10 years prior is now brought up to current specs and game tweaks. Maybe the most inferior out of the three, but remasters still hold a valuable place in gaming history as they allow fans to nostalgically re-experienece timeless classics in an updated form.

The Art Of A Remake

Building an old franchise or title from the ground up. Taking old engines, specs and visuals and giving them a complete overhaul. Unlike remasters, remakes offer a brand new way to experience memorable or familiar titles. Like Shadow of Colossus on PS4 or the Crash Bandicoot N. Sane Trilogy, developing teams recreate a game almost to the exact extent of when they are originally released, but do so with top-notch current generation hardware in mind.

Re-imagined cut scenes, all new re-recorded musical scores, exciting new character designs and best fitted control schemes to adapt to what years of technology has occurred since a particular game first launched. Where remasters take the game’s original formula and just spice things up, remakes add new ingredients and make the game the as if it was intended for current specs. Remakes can be some of the most enticing releases, as it allows long time fans to play through some of their favorite franchises in incredible new ways and provides developers the opportunity to adjust any errors that original releases may have been held back from.

While more detailed than a remaster, but not recreating the same game like a remake, reboots offer a truly unique spin on a series or title. Some titles flourish right out of the gate and for many entries we see the series begin to develop a cycle, or indulge in its repetitive nature. It’s not always a bad sign, but often times developers have the urge to start over, so to speak. This is where reboots come into place.

Reboots tend to give old series new life and allow for new ideas to take part in the game itself. Usually the stories remain the same – with a few tweaks here and there – but the overall mechanics and formula are vastly updated. God of War for the PS4 is a stellar example of what’s been known as a “soft” reboot – where the story continued to progress, the mechanics and groundwork were re-established to provide a new experience for fans. Reboots take players into familiar worlds but provide the series with a taste of what the series/title would be like if it were released in the modern era.

There you have it. Remasters, remakes and reboots are all vital methods of bringing classic back to life, but all have their unique differences. While some may only add a few enhancing touches, others completely re-invigorate a title or series for the better.