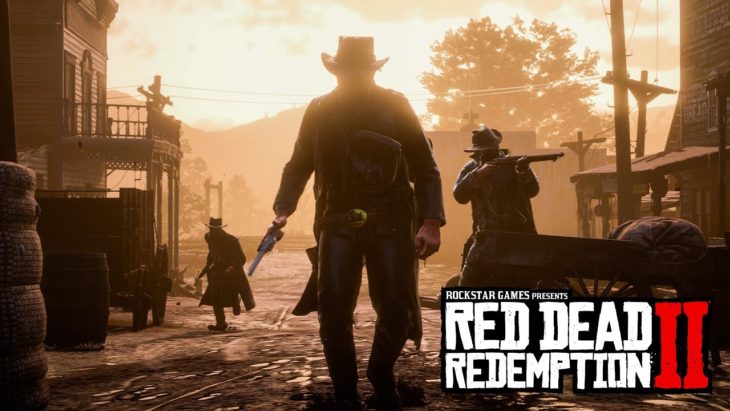 Are Personal Issues Actual Problems With The Game Itself?

Player’s everywhere have been diving deep into the vast wild western world created by Rockstar Games in Red Dead Redemption II, but not everyone seems to be pleased with the experience. Whether the game feels too clunky, mandates too many chore-like activities or nudges the player along at an overbearingly slow pace – the highly anticipated title clearly isn’t sitting well with everyone who has played the game. But, do these complaints necessarily push the massively detailed title off the Game of the Year nomination list?

Saddling up on your well-taken care of horse, riding through the lush and wild frontier, pumping a few shells into rival gang members and pulling your weight at your gang’s campsite are just a few of the laundry list of activities you’ll find yourself participating in throughout your western adventure. Unlike Rockstar’s previous open world attempts, however, RDR II pushes on the survival tactics more than any other game in their library. Maybe that’s why so many consumers feel a bit ripped off over the experience, but is branching out to new sub-genres in gaming any reason to feel betrayed by a once predictable studio?

With the wild success of 2010’s Red Dead Redemption followed by the impressively still successful GTA V in 2013, many eager fans were getting their hopes up for a recognizable experience from the iconic developer/publisher. But, instead, what they got was a breath of fresh air, a non-rushed experience filled with incredible detail, uncanny visuals and polished game mechanics, that, may often seem tediously slow, but fit the mold that was created precisely for this exact type of game.

An Impressive Level of Detail

The controls feel sluggish, camp chores often feel like nothing more than busy work and the slow meandering pace is enough to turn off a large chunk of your everyday gamer. But, Red Dead II isn’t, and never was planned to be, geared towards the mainstream audience. Sure, it gets an unheard of amount of attention thanks to the Rockstar label, but the era of the wild west is a completely different ball game compared to the likes of GTA or Bully. And with so many eyes on the open world western adventure leading up to the massive release, Rockstar took a bold move by dialing back the quick, arcade-like tone from their acclaimed GTA franchise for a more realistic, hard-earned, ultimately satisfying journey through an equally slow time period. And the vast majority seems to be quite pleased with the change.

To appreciate what Red Dead II has accomplished, it’s easier if you go in not expecting anything but a riveting, beautifully created world overflowing with possibilities. Rockstar may have set themselves up for a split reaction by throwing hilarious, spontaneous, over-the-top titles throughout the duration of the previous two decades; only to drop their most serious game to date in Red Dead II. To say the survival heavy and tedious tone came out of left field isn’t exactly the truth, though. Rockstar unveiled numerous gameplay trailers in the months leading up to the launch which all displayed the chore-heavy activities players should come to expect from their time in the west. So, can we really declare that Arthur Morgan’s journey is a disappointment filled with a surprising amount of menial side tasks when many of us were made aware of the survival features early on?

Despite these rather personal complaints, the western title has accomplished something incredibly deep, gripping and highly detailed. The amount of work poured into the tremendous open world is truly astounding, even for the most unenthusiastic cowboy. The world lives and breathes around you like never realized in the genre before, constantly swaying in the breeze, with or without the player around. It’s an incredibly authentic experience, and one that, not only needs, but demands the slow pace to marvel and appreciate its grandeur.

A Bold Move By Rockstar?

The light survival mechanics also add an amount of depth that has never been found in another Rockstar game before. Yes, the chores do require a bit of tedious legwork in between missions to keep everyone in your gang satisfied, but also shines a light on the life of a wanted community of criminals on the run. The random banter from fellow gang members; the handful of activities to help pass the time; using the ledger to upgrade various aspects of your campsite; turning in valuable materials or cash for a stable way of life; all of these aspects of gang life are crucial in presenting a world outside of robbing trains and shooting Pinkertons.

There’s a promising sense of realism to the Red Dead II experience that’s seamlessly drizzled all over a vaguely familiar Rockstar open world experience. Characters are well-acted, thought out personalities with a dash of sensible humor sprinkled on top. It’s refreshing every step of the way for the patient gamer. The gamer looking for a vast western saga not to be ridden through in less than a week’s time.

Related: What Other Games Could We See Utilize Multiple Discs This Gen? Next Gen?

Red Dead Redemption II is a game full of surprises, but not all of them appeal to the ordinary player. Those hoping to ride full throttle through a fast-paced action game should probably look elsewhere, but that doesn’t mean the game is bad, or unworthy of the impressive praise it’s been receiving. The game was made with a realistic mindset to help transport players into a time of cautious living across a gorgeously realized landscape. While Red Dead Redemption II is no doubt finding its way across millions of living rooms worldwide, the experience won’t sink in for a large chunk of those players; but a masterpiece doesn’t always need to be so easy to understand.

That’s what makes them so genuine in the first place.