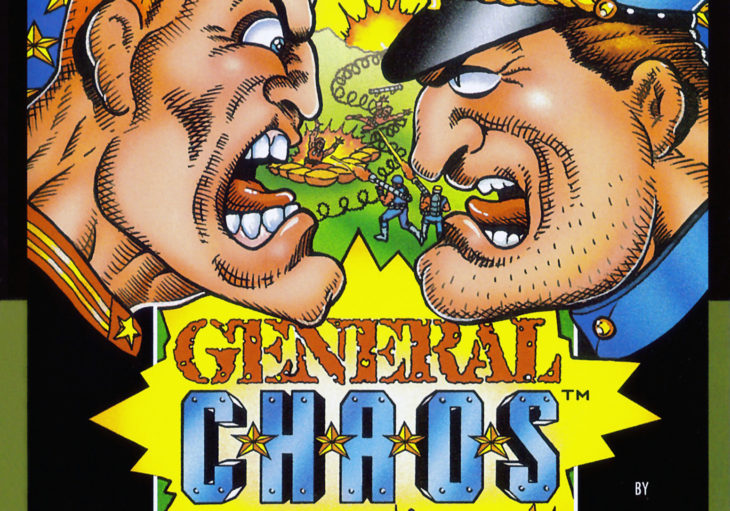 Strategy games give players a new approach to battle and combat. Instead of mashing one button over and over, or aiming down the scope of a rifle yourself, you take control of the entire battlefield/combat zone. General Chaos created a unique take on the war strategy genre for the Sega Genesis way back in 1994.

War games today have a certain path to follow it seems. With huge explosions, tremendous dogfights, dozens of enemies and friendlies covering and firing at will, its hard to believe strategy games still stand up tall against competition. General Chaos was one title that provided just as much excitement as any of the popular platformers or fighting titles of its time, and accomplished it with a different approach from the rest of the group.

Taking a group of gung-ho, misfit-esque military soldiers, you’ll pick between different styles of squads. The Assault Team, Demolition Squad, Brute Force troops and the lone Commando Units. Each squad is equipped with different weaponry based on whichever party they’re apart of. Once the squad has been chosen, all out war takes part in multiple battles across different areas and levels.

The three main units that are loaded with 5 soldiers all use strategy based action to move around your soldiers to designated areas and commence combat. Each soldier can be equipped with any sort of war weapon from assault rifles to rocket launchers and even flamethrowers; everything has its benefits.

Once the player is close enough they begin to fire at the push of a button. Taking cover plays just as an important role as offense and you can quickly lose the battle if not careful. If an ally has fallen and has not died yet, you may use a remaining soldier to rush over and call a medic for health support. However, the medic ability may only be used only a few times for each battle.

If you choose to use the 2-soldier Commando Unit, the game becomes a little more action based. By changing up the controls, you are now free of the point and click mechanics of the standard game, and may now move one of the two characters around the field freely. Though you have only two soldiers – against the opposing side’s five – the ability to move your player at your leisure is rewarding in its own right.