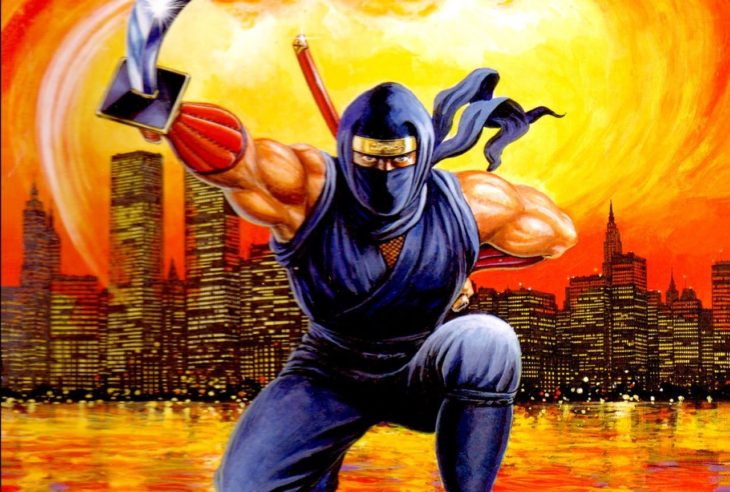 So many platforming titles have made great strides in creating a beloved and respectable franchise for the dedicated gaming crowd. Ninja Gaiden on the NES was not only one of the first, but also stands as one of the most difficult to this day. Let’s take another look at this swift retro platformer.

Playing as the powerful ninja – Ryu Hayabusa – you’ll take to different levels running, jumping, dodging and slashing your way level after level. Known as one of the most difficult titles ever, Ninja Gaiden is a prime example of excellent gameplay mechanics and addictive and tight platforming action.

Setting the tone quickly paced action platforming, Ninja Gaiden doesn’t come with the difficulty of tough enemies that took multiple hits to eliminate; rather shoved respawning, low-health baddies throughout the levels. No matter how many you kill they will always respawn, delivering an urgent feeling of continuously moving forward through the level. Scaling walls using the traditional wall jump manuever while quickly dealing deadly blow after blow, for once the player could feel as if they were just as majestic and swift as Ryu himself.

The difficulty of Ninja Gaiden – the original NES series especially – came from the same page that many of the other “golden era” titles during the rise of the platforming genre came from. With quick thinking required to neglect enemy damage and repetition of running through every level after each death, Ninja Gaiden still provokes eager fans to test their reflexes for hours on end.

Ninja Gaiden is set in stone as one of the greatest, toughest and all-around most beloved platforming titles of all-time. Though the franchise has slowed tremendously in recent years, fans still remember fondly the trials of fighting through waves of weaklings with the powerful sword of Ryu Hayabusa.