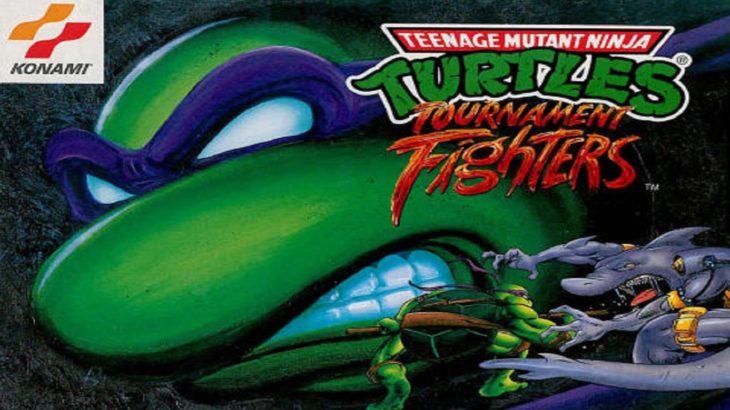 The fighting world lifted off after the competing classics, Street Fighter and its gory counterpart, Mortal Kombat made their presense known. Other fighters may not have shared the limelight those titles did, but that doesn’t mean there weren’t brawlers fit for the ring against top-notch fighters, including Teenage Mutant Ninja Turtles: Tournament Fighters.

With a familiar appearance and playstyle of the beloved Street Fighter series, this 2D retro turtle fighter gives fans a chance to step outside of the action/adventure world of the popular arcade TMNT games, and puts them in the middle of an epic competition. Choosing between a variety of different fighters, from the four famous Turtles to April O’Neil and Casey Jones, as well as other originals and lesser known characters from all over the TMNT universe (depending on which version you’re playing – NES, Genesis or SNES).

Every character is equipped with special moves, various combo attacks, a powerful “killer” attack and of course, the option to taunt your opponents. Fighting either in arcade mode or two-player, the roster will take the player across many different planets, home to the selection of fighters featured throughout the game. Some levels also include destructible environments offering a more triumphant, or devastating, experience when in the heat of battle.

While the NES and Genesis versions featured a roster of 8 characters, the SNES version – released unofficially as the fifth installment of the TMNT video game series – also included a story mode to add more content to the title. The four Turtles, Shredder, five more characters appearing from numerous TMNT comics and two bosses to fight through, the SNES version is the ultimate version of the turtle fighting title.

If you’re looking for a solid change of pace from the Hadoukens and Bicycle Kicks of the popular fighters in the gaming community, Teenage Mutant Ninja Turtles: Tournament Fighters sits high above the rest who beg for a chance to de-throne the heavy hitters of the earliest popular brawlers in the gaming world.