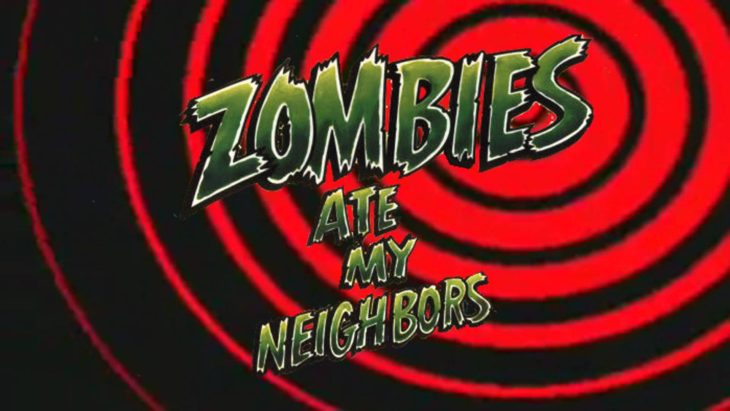 From the early ages of household video games, zombie gunners have been providing an excellent backdrop for exciting action titles for decades. Zombies Ate My Neighbors received a cult following, giving players a quirky view at zombie survival and addicting run and gun gameplay for the Sega Genesis and Super NES consoles.

Traversing across the semi-isometric style 3D maps, you scurry about as one of two protagonist, Zeke or Julie. Set around an area of invading zombies, your duty is to rescue your otherwise hopeless neighbors. With each level a different maze-like map or area, in locations such as suburban neighborhoods, shopping malls, haunted castles or a ton of other themes across over 50 different levels, Zombies, takes the player on an eccentric adventure in the 16-bit world.

As you progress through levels, you’ll find different weapons and power ups to help reign over the monsters that litter the world. Weapons ranging from all types of everyday items can be found throughout the levels, giving unique tactics to mow down various types of enemies, all with different weaknesses. Other items like health food items, useful potions – like the speed boost potion or the ability to transform into a destructive monster, and important keys to unlock secret doors found hidden in levels.

Enemies you’ll encounter start off as the title claims, zombies, but soon evolve into all of the classic monsters in horror history. Vampires, werewolves and giant insects to evil possessed babies, aliens, chainsaw wielding stalkers and much more are scattered throughout the game, letting the game become progressively more difficult. Running about searching for stranded rescuees leads the player into many hidden areas full of bonus items and well-placed civilians, and once the final neighbor has been rescued, the door leading out of the level appears.