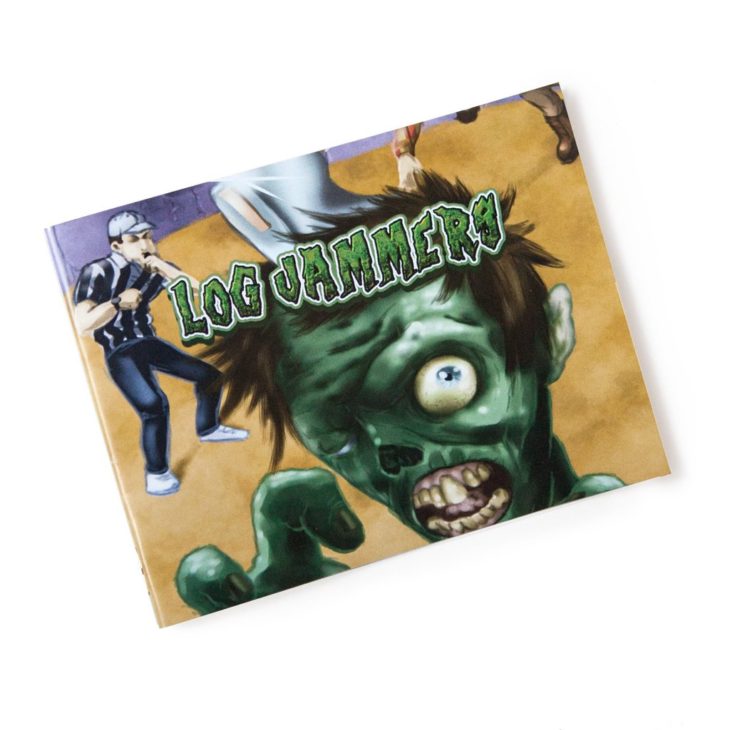 The nostalgic and creative minds of indie game developers, Mega Cat Studios, are currently putting together a wistful collection of retro cartridge based titles for fans who have been looking for an excuse to dust off their dated gaming console. Log Jammers is an arcade sporting game for the NES, played with fast-paced axe chucking action.

With a single player mode and a two player versus mode, Log Jammers brings insanely competitive fun to the NES console. Choosing between a selection of various Log Jamming athletes, the roster is lined up with three human competitors, and three zombie-esque, monster characters. All of which are tagged with humorous names like Mayonnaise Monsoon, Ollie Oilsack or Bruiser Bogardus, just to name a few.

Mega Cat Studios kept in mind the successful NES sporting titles which graced late 80s, early 90s living rooms such as the aptly named, racket swinging classic, Tennis, with an arcade theme and characters that look like they came straight out of the Konami cartridge classic, Zombies Ate My Neighbors. The quick ‘back-and-forth’ action and simple rules allow a throwback title good enough for gamers of any skill levels to pick up and join in on the exciting arcade competition.

In best of 5 sets per match, each Jammer drifts left-to-right, right-to-left on their spinning log, chucking a hatchet in attempt to score goals. In traditional pong-like fashion, the players quickly switch between offense and defense, as well as picking up various power-ups like items to increase the speed on either your character or the hatchet, or a magnet that attracts the hatchet to your athlete; as well as many other power-ups, all which help to enhance the gameplay and mix up the action.

The playing field is made up of two goals (top and bottoms of the screen) and in each goal are three different sections providing different point totals. In the corners with a smaller sections are the 5 point areas of the goal, while the larger portion in the center of the goal is worth 2 points. With constant fast-paced action, Log Jammers requires nimble reflexes not like any of the other cartridges sports games found on the retro console.

While Exhibition Mode is the standard found on both 1-player and 2-player modes, Tournament Mode acts as the primary way to enjoy Log Jammers solo. Placing the character of your choice at the bottom of a competition ladder, with every win you’ll work your way to the next opponent. At the top of the ladder sits a bearded, flannel wearing, wood throwing expert much, much quicker than those you faced before. In 2-player mode you also have the option to select a few game-changing perks before the match, like turbo speed, no items or straight to Sudden Death.

A simple and classic touch to modern retro gaming, Log Jammers is worth every minute, hour or day poured into this competitive arcade sporting title. From playing against all of the unique and interesting Jammers the game has to offer, or taking on friends in a little couch co-op action, this is one title that can’t be missed in the NES library. Mega Cat Studios is dedicated to reminding the gaming community – one title at a time – why these retro consoles and classic gameplay mechanics are still vital in today’s modern era.