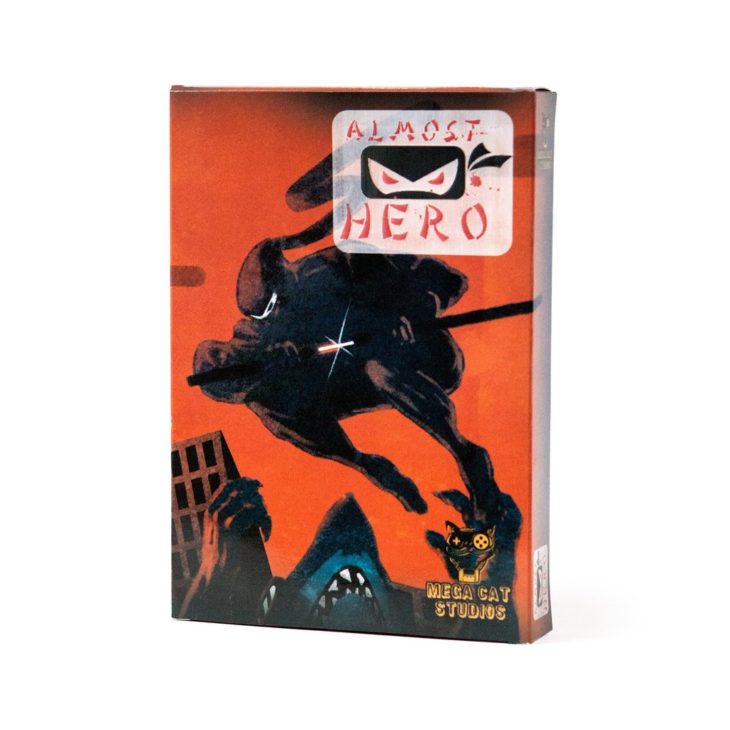 Retro beat em’ up titles have historically had a stereotype about them known for being immensely difficult filled with controller crushing frustrations. Mega Cat Studio’s brand new NES 2D brawler title – Almost Hero – starts off with these painstaking intentions, but soon reveals itself to be a thrilling and enjoyable bout to, all in part to save the lost art of bonsai tree decorating.

Master Chow Khan works day and night alongside his apprentice crafting his long-lost art of specially decorated bonsai trees. It’s now your duty to come up and save the market and retrieve the bonsai seeds taken by the vile protagonist, McRibs, in turn lifting the market economy. Through many difficult levels across varying themes – like dojos, cities and sewers, you’ll punch, kick and chuck furbaybees your way through waves of enemies, and find the upper hand against the powerful henchman of McRibs.

Starting off the game you’ll be outside of four different selective level locations which act as your guide through most of the game. Each area differing from the next, you’ll venture through lost woods, overrun cities, turtle filled sewers and of course, ninja-ridden dojos. Each level has a few (3 or 4) areas where your hero becomes bombarded with waves of enemies, followed by a unique boss battle. With never more than two enemies at a time, the game offers a strategic approach to chopping and kicking your opponents into oblivion, while each boss has different tactics and battle techniques.

In typical 2D side-scrolling action, you’re equipped with offensive moves, which include a traditional punch and kick moveset. Alongside the basic ground moves, there is also the flashy jump-kick ability – by pressing both A and B together – which proves to be the most useful skill in the game. Each area also contains one weapon item available to help better strategize and help use tactful approaches when hammering away baddies. Laser discs, boom boxes, cute and terrifying Furbaybees and of course, a familiar turtle shell which slides back forth pounding away enemies; just one of many references to popular gaming icons found throughout Almost Hero.

Found in the level select area, Master Khan can found where he sells useful health items and special character enhancements. Money can be found off of defeated enemies, as well as soda drinks for health refills. The player is allowed one special item to use pressing select, those items being different portions of health drinks to continue your reign over the evil henchman. Expensive power-ups, such as speed shoes or power upgrades to your punching and kicking attacks are also available at Master Khans, but require much more coin for purchase.