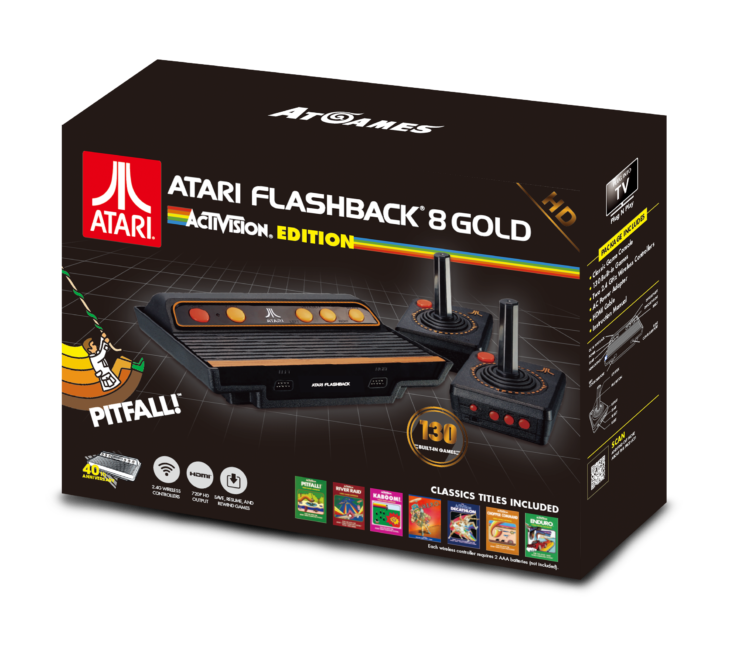 Console maker AtGames has announced today that they’re releasing a range of retro consoles. Remakes of the classic Atari 2600 and Sega Genesis consoles are coming back on sale this Fall. The manufacturer confirms that six consoles will be releasing later this year and each one will feature different games.

Each of these consoles comes with two wireless controllers. However, they are also supposed to have over 80 pre-installed games on them. In addition to this, they will also have a HDMI output so they can connect to modern TVs.

AtGames is known for making retro console clones so it’s not surprising they’re releasing several new ones. However, this does mean that retro consoles are getting a new boost in popularity. This trend seems to have beeen started by Nintendo’s NES Classic Edition last year which quickly sold out.

Each of these consoles comes with a range of games. Some of them feature the same games so gamers can get the console they prefer as opposed to buying exclusively for the games. However, some consoles such as the last two feature very different games to the others on this list.

The manufacturer hasn’t announced the full game lists for each console however so fans will have to purchase their preferred console without knowing the full list of games. The website does reveal some of the games but not enough to help users decide which console to purchase. Each console has some games on the front of the box but seeing them is difficult. Anyone looking to get one of these consoles had better be ready to squint at the screen or purchase with very little idea of what’s on the console.

Will you be purchasing one of these retro consoles?