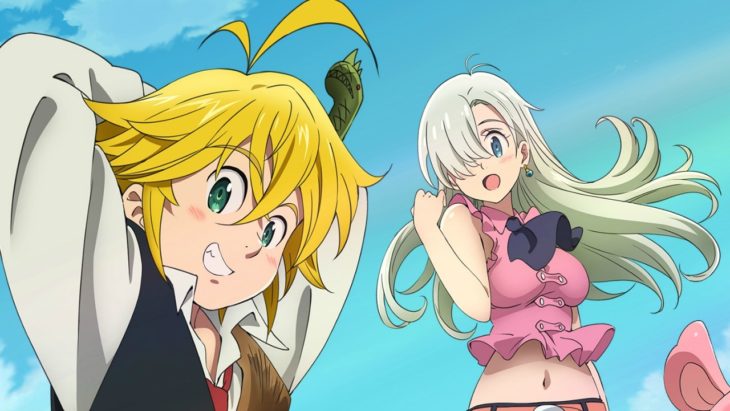 The popular manga series and exciting anime featured on Netflix – The Seven Deadly Sins – is now coming to the console market. Making its first appearance in the realm of video games in North America, the appropriately titled ‘The Seven Deadly Sins: Knights of Britannia’ is also releasing as a Playstation 4 exclusive.

The series following the gang of deadly, skilled heroes has acquired a large fanbase over the few years the show has been around, releasing only as a Netflix original. Off to save the land of Britannia, a fragile princess, Elizabeth, unknowingly teams up with the leader of the Sins, Meliodas – the sin of Wrath, she hopes to get the crew of wanted warriors together to rid the land of evil. While dodging the powerful army of Holy Knights hunting the Deadly Sins, there’s plenty of action, fighting and relieving comedy to keep any anime fan hooked.

The show paints an image for each character named after each individual sin. Ranging from the giant, love-stricken Diane known as the sin of Envy, to the immortal, snide-talking Ban – the sin of Greed, The Seven Deadly Sins represent an unstoppable force put against an enemy with all odds in their favor. As the team continues to grow throughout the story, the bar continues to raise as Meliodas, his talking pig – Hawk, Princess Elizabeth and the rest of the company face off against tougher and tougher Holy Knights.

Published by the popular anime-to-video game creators, Bandai Namco, this new Playstation 4 exclusive brings the cast back to Britannia, for what looks to be an exciting, action-packed journey to save the kingdom. Not much has been released about the new anime game, but along with the announcement came a short trailer showing off very little gameplay.

Adding yet another title to the vast collection of anime experiences on gaming consoles from Bandai Namco, The Seven Deadly Sins: Knights of Britannia brings a powerful yet charming cast to the Playstation 4 system in a heroic adventure, set to hit homes in early 2018.