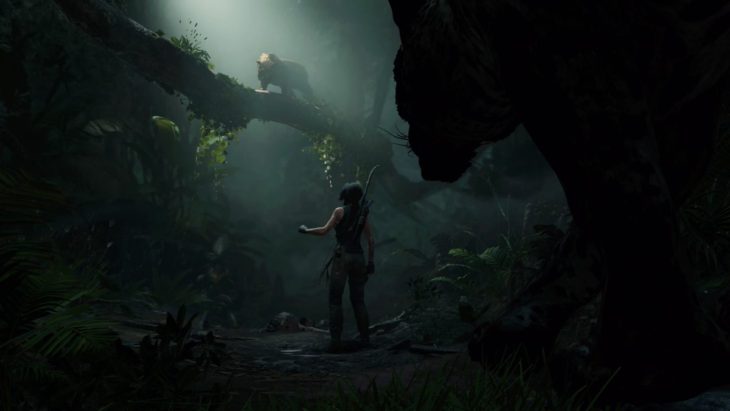 A Worthy Send Off Of An Iconic Reboot

During the current generation of gaming, Crystal Dynamics has given fans a brand-new look at the adventurous Lara Croft. The rebooted series of Tomb Raider has harnessed an appetizing formula of wall climbing traversal skills, intense combat situations and non-stop excitable action scenes; and Shadow of the Tomb Raider continues to polish this very formula to a satisfying close to the trilogy.

Doing Everything to Stop a Mayan Apocalypse

Stepping into the third and final installment of the rebooted series, Eidos Montreal continues the intrepid formula that Crystal Dynamics started while introducing a new Lara Croft. Shadow of the Tomb Raider doesn’t add a heap of differences enhancements to the overall gameplay, mostly sitting cautiously in the wings of the same gameplay found in the previous two entries before; and that’s not necessarily a bad thing.

This time around Croft finds herself exploring the dangerous jungles and tombs of South America in Peru. Throughout her journey she’ll yet again find herself up against insurmountable odds, yet again facing the powerful Trinity army, and soon discovers that much more is at stake – such as the end of the world as they know it. Players familiar with the series will adapt almost instantly as Shadow consists of everything that has made the series so enjoyable over the years.

However, Eidios Montreal does bring a few noticeable changes to the series that help create the most polished and entertaining Tomb Raider in the trilogy. While mostly subtle and nothing added to completely re-imagine the experience, keeping the game cruising off of the successes of the previous two entries while throwing in a few gameplay enhancements could just be the best possible solution to cap off the exciting adventures of Croft.

Per usual, players will find themselves sucked deep into a journey that has Lara – and her best friend Jonah – exploring lost ancient tombs and discovering villages filled with peaceful NPCs and plenty of side questing content to keep the experience churning alongside the story. Tense military encounters, crafty puzzle solutions and gritty exploration up their game in Shadow, and with the addition of customized difficulty options for all three of those mentioned categories helps players create their own mannered style of experience.

Pushing away from the constant feeling of isolation with a constantly increasing target on her back from the first two entries, Croft will find herself visiting various friendly villages that harbor extra missions, collectibles and even merchants. While the lost village of Paititi is the largest and most prominent village in the region of Peru at your disposal, there are a few other, smaller peaceful hubs that help diversify the adventure. Side missions found within these hubs take Croft on interesting adventures involving the local citizens and offer unique rewards, like useful pieces of equipment which can help Lara explore additional areas.

A Few Subtle Changes to a Recognizable Formula

For all of those stealth style players, Shadow of the Tomb Raider includes the option for Lara to duck away in the middle of a gun fight and return back to the shadows. This best helps players handle sticky situations with grace when they feel overwhelmed by surrounding enemies, allowing Croft to sneak her way out of sight and try a different, quieter approach. Hiding along bushed walls or crafting makeshift bombs in the heat of the moment are also cunning additions to the gameplay which helps players navigate through enemy areas at their own pace, with their own decisions on how to successfully sneak through.

As traditional as the first two entries, Lara has a three branch skill tree that grants game changing abilities by earning experience points through gathering hidden collectibles, defeating enemies, and other important tasks. Perhaps the best skill tree in the series, players can now opt for unique perks like completely forgoing specific QTEs (quick timed events) in the game, or firing 3 arrows at chosen locked-in targets at once. Ranging from warrior and combat skills to crafting and scavenger skills to perception and seeker skills, the large skill tree offers plenty to help cater to most gameplay styles offered in the adventure.

The lost exploring and adventurous action scenes do an excellent job of keeping the player engaged from start to finish. While there seems to be considerably less destructive “chase-and-run” sequences that has made the bold crusader so death-defying and heroic in the past, Shadow seems to be loaded with the most traversal challenges and puzzles than ever before. It may not be on par with some of the more accomplished third person adventure titles, but Shadow holds up rather well as a gratifying end to a remarkably poised trilogy.

Related: I Love Trophy Hunting, But I Need A Break

There’s a familiar feel to Shadow that veteran fans will unmistakably recognize right off the bat. Sure, when you boil it down, Shadow is much of the same with a new coat of paint, but is that such a bad thing? The gameplay throughout the rebooted trilogy is addictive and exciting, and that continues to the very end with Shadow.

Capping off an excellent series of the new and improved Lara Croft, Shadow of the Tomb Raider adds more shine to an already enjoyably polished series. Cutting the series off at three entries might not seem like an acceptable move for the die-hard fans of the series, but it might be the most necessary option to keep the gameplay from becoming to repetitive and stale. Shadow offers just enough of the same to keep the trilogy glued to the traditional blueprints but still gives plenty of reason for both long-time fans and newcomers to jump into the satisfying adventure.