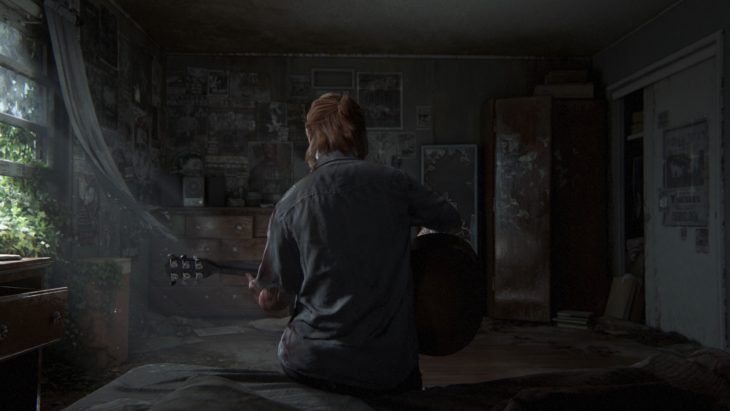 Or is quantity preferred over quality?

It’s no question that over the past decade or two we’ve seen an uncanny amount of video game releases hit consumer stores worldwide. It’s been on the upswing for quite sometime now, but with the rise of superior technology now hitting gaming consoles, as well as PC systems – it often seems much of the industry is flooded with unoriginal or often bleak game design. But not all.

The farther along we continue to push the technological barriers, the easier it becomes to adapt to our current tech standards. Be it indie developers or AAA studios – pumping out title after title is seemingly becoming an easier feat; and easier method of earning a decent dollar. But how long will we, the consumer – and player – continue to put up with it?

Now, this isn’t to say the sheer amount of games released are all seemingly bad, but rather the studios that seem to release games in long generational gaps are simply received far better. We’ve been through fatigue stages time and time again through some of our most cherished franchises and it takes a mature mindset to realize this. As much as we all love seeing new title upon new title release taking some of our favorite heroes or protagonists deeper into their personal stories, would the industry and its fans benefit more by taking time away from annual or bi-annual releases?

We’ve seen the success of long-development games like Naughty Dog’s Uncharted series – which started off with 2 year installments (and no one is putting down any of those titles) but arguably the fourth installment was the best in the series. With the 5 year gap between Uncharted 3 and 4, it’s no question the studio was hard at work with another IP – The Last of Us. Even still, the beginning work on The Last of Us in 2009 led to the studio’s first ever split of teams so two different IPs could be managed appropriately.

The 5 year span also signified development studios taking more time to acclimate to the new Playstation 4 generation hardware. While this does take time for teams to nail specific hardware and technological leaps, the 5 year span from Uncharted 3 to 4 is showcased in the perfected presentation capping off the Nathan Drake series. And with The Last of Us underway since 2009, the game wouldn’t release for another 4 years in 2013 – further displaying how important and versatile a game can be if the appropriate time is taken to complete it.

Related: In 2018, Which Gaming System is Right for You?

Now with The Last of Us Part II well underway and being teased for the past couple of years, we’re still eagerly awaiting any kind of hint for a street date. Beginning development soon after the release of the original Last of Us in 2014, it’s now been 4 solid years of putting together what looks to be one of the best games of the generation. And so far it looks as though the community will only benefit from the long wait during the lengthy development process from Naughty Dog.

Which can also bring us to Rockstar along with their beloved and popular series, both Grand Theft Auto and Red Dead Redemption. It’s no secret the timeline between GTA games has significantly increased since the short release windows between the beloved early millennium trilogy. GTA IV hit stores in 2008 – 4 years after the acclaimed San Andreas. Five years later at the tail end of the last generation of consoles Rockstar released the stellar hit GTA V.

Currently, GTA V is still reeling in fans into staggering numbers as one of gaming’s most successful games ever. However, aside from the port of GTA V from last generation to our current gen consoles, it’s starting to look like we won’t see a new GTA until next-gen. That being said, Rockstar has been busy creating what looks like their next instant hit in Red Dead Redemption 2 which is set to launch this coming October. While the development process has been tightly wrapped as of this writing, it’s very plausible to assume Rockstar began work on RDR2 shortly after the launch of GTA V, initiating yet another long development cycle for what could be one of the year’s best game, and an obvious GOTY contender.

Which brings us to our most recent successful release in Sony Santa Monica’s God of War (2018). Throughout a long development process of nearly 5 years, the famed gaming studio worked tirelessly for a fistful of years creating what many are already calling, not only the game of the year, but of the generation. After the original vision of the God of War franchise began growing more and more stagnant with every release, SSM knew that returning to the drawing board for a soft reboot would help revive the classic series.

And revive the series it did. God of War has been cultivating a massive amount of perfect scores all over the world and is showing no signs of dipping below a 95 Metacritic score. The time taken to develop such an incredibly gifted and satisfying game shows us just how important the quality of game development really is. And the same could be said for Nintendo’s Zelda or Mario series, as well. Both of which released brand new adventures last year after being dry for over 5 years each, culminating in a group effort to help put Nintendo back on the map of relevancy for hardcore and casual gamers alike.

With all of this talk about beloved and highly acclaimed franchises taking more time for development for the better, how can we not mention Ubisoft and their 2017 release of Assassin’s Creed Origins. Being a mindful thorn in their side, Ubisoft took time off of their annual releases of the AC series and put more time in Origins – a reinvention of the series of sorts. The development started only 3 years prior from Ubisoft Montreal’s last release in Black Flag (2014), but that’s quite the break considering the development studio’s previous quick releases. And the extra time proved to help the series flow full of new and exciting content to help revitalize the series once again.

Related: Ubisoft is Displaying How to Win Back Fans Properly

And while the release of Origins was overall successful and received high praise from media outlets who have disregarded the series in year’s past, the annual releases from Ubisoft is a harsh reminder of what can begin to happen when rushing into new releases. Fans grow tired and fatigued (there’s that word again) from what seems like a copy and paste job only changing the historical settings and characters. But, unfortunately the AC series was not the only franchise hurting from repetition and stale, unoriginal gameplay.

The Call of Duty’s, Madden’s, Forza’s and Need for Speed’s of the gaming industry have all often been stricken with dragging gameplay elements and miniscule changes to he recurring formula. With every yearly release shot out of the cannon came more drab reviews and negative feedback from the fans. While they still presumably sell well due to dedicated fanbase and eSports leagues, the industry’s top-selling titles are more often games that have taken years to develop. And we’re hoping this practice will begin to catch on as we dive further into the advancements of technology.

While we all love new games hitting our hardware monthly and the (not so) surprising annual announcements at video game conventions, like E3 – I’m willing to bet the community loves playing top-notch, greatly rectified titles even more. So, is taking more time to produce and develop a game to its full potential worth waiting it out a bit longer? I guess that all depends on what you enjoy playing for your gaming entertainment. One thing is certain, and that is we’ve experienced some of the best games ever released within the past decade – most of which taking their sweet time to complete development. And that’s unequivocally a good thing.