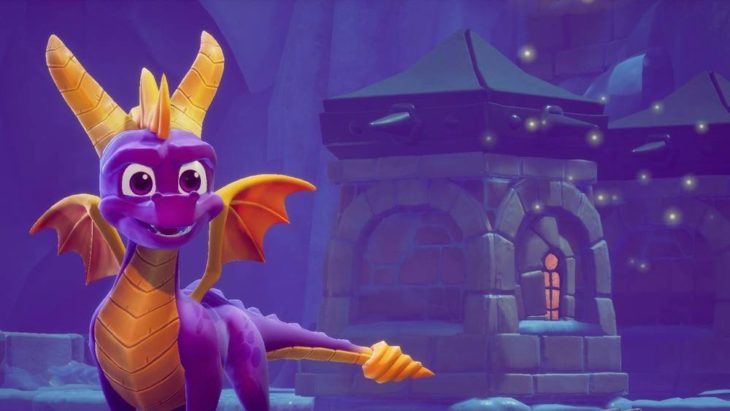 Looking For A Second Chance

Within a world of beloved video game history new technological advancements are allowing players to revisit – or experience for the first time – classic titles with completely overhauled visuals and performance upgrades. With the impressive success stories behind the revival of iconic classics like Crash Bandicoot, Shadow of the Colossus and, most recently, Spyro – these old games in new form are playing better than ever. So, would it be fair to allow these remakes to take home various awards from the coveted annual Game of the Year ceremony?

Year in and year out we see all kinds of impressively polished, original game designs that surround themselves in accolades showing off yet another push in the gaming industry. However, within the slew of new game releases there’s also a newer trend becoming more popular than ever: returning to nostalgia-inducing classics reconstructed from the ground up. While many of these remade classics have already had their day in the sun sometime ago, rebuilding these worlds still takes hard work by the developing team, and often stands out as some of the highest rated releases throughout the year.

Perhaps with enough revisited classics making the rounds every year, we could see a new category within the awards themselves for best remake. Of course, that would take a good chunk of the year filled with remade classics, nulling out potential new IPs and original experiences traditionally delivered across the industry. If remakes are making their way into the coveted awards ceremony they need to be up against all other games that release in the same year.

Recent: 5 Games Released in 2018 With The Biggest Grind Factor

Sometimes the year is filled with sub par releases and one or several remakes might warrant a nominee in various categories of gaming. Allowing players to re-live their days of nostalgia can bring back fond memories of what made a specific game so good in the first place. Recreated worlds become much more vibrant, taking these visual classics and making them up to code in the modern era of gaming.

These remade wonders also like to add new nuances to the gameplay like quality of life feature, new areas, updated mechanics and controls or even revamped soundtracks. While the same code or layout of a certain game might be the exact same in a remake, everything else throughout the game might change for the better. All of these updates help mold into something truly beautiful, both for returning players and ones that are new to the experience.

The Game of the Year awards symbolize games that have taken the industry to new heights; set new standards on what could become the norm in video games. At first, it may seem a bit unfair for returning games to take another spotlight some decade or more later, but taking an old frame and polishing it into a modern masterpiece deserves all the attention it could possibly get, especially if they happen to outshine other new games in the year. If a game is an excellent piece of work, shouldn’t it deserve the awards regardless of an older iteration?

However, perhaps it’s best to leave the awards to the new games bringing in brand new experiences. Returning to old classics is riveting, nostalgic and most importantly an exciting endeavor down memory lane. But, what makes these revived gems so worthwhile is the ability to return donning a shiny new coat of paint to see your rose-colored memory spruced up to a pristine finish. Maybe stellar remakes don’t have their place in the Game of the Year nomination list, but that doesn’t make them any less memorable or lucrative.