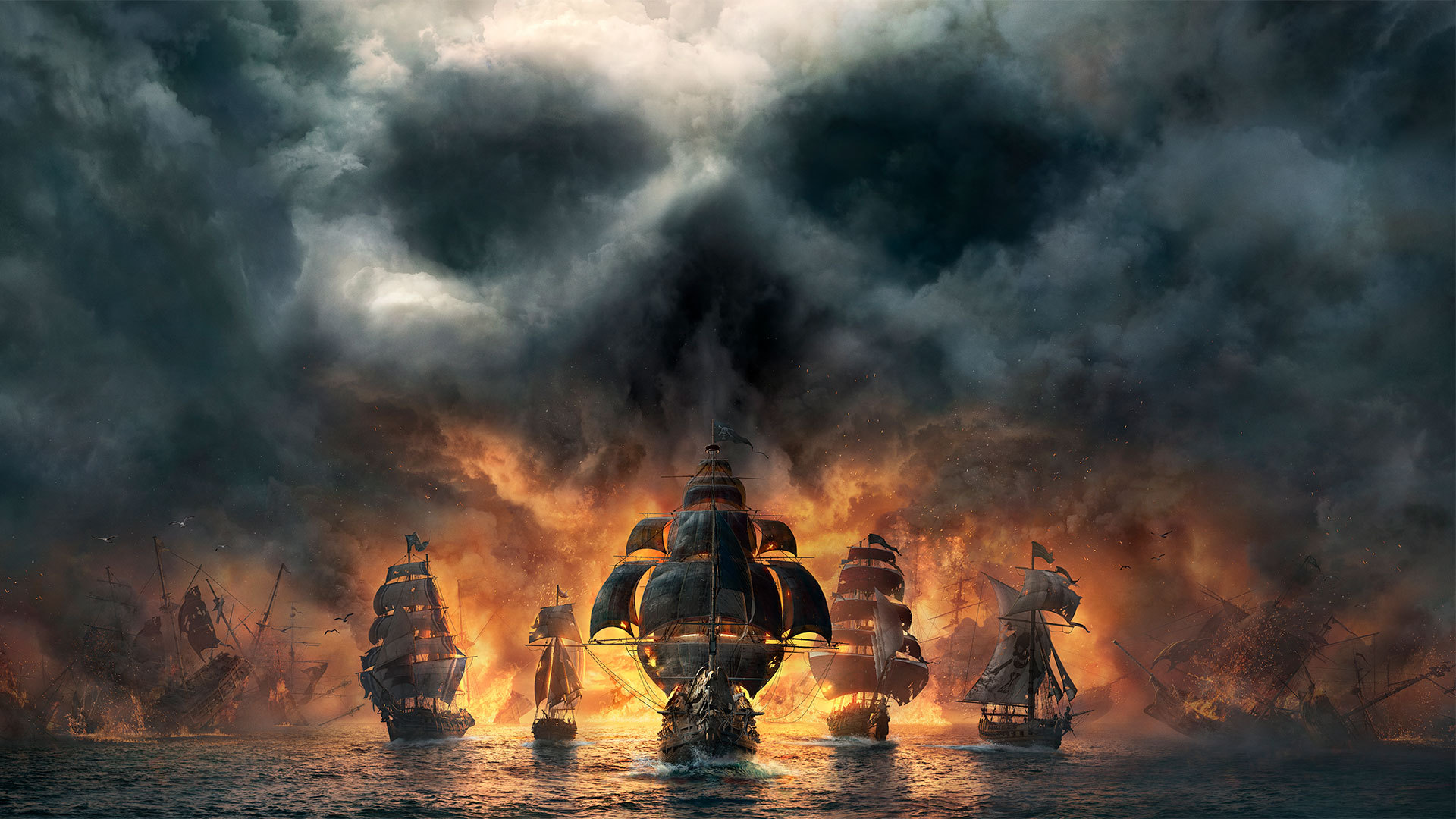 With two massive pirate adventure games on display at this year’s E3 events, they both managed to stick out in their own unique way. Sea of Thieves offers a more cartoonish online pillaging style of adventure, while Ubisoft’s Skull and Bones takes a page from Assassin’s Creed IV: Black Flag, with high-energy, intense cannon battles on the turbulent sea.

While both look incredible, and both offering unimaginable pirate expeditions full of loot and chaos, Skull and Bones looks to capture the realism and excitement in the midst of battle in rough waters and strategy for taking down enemy threats. The same play style found in previous Assassin’s Creed titles, fans wanted more; so Ubisoft delivered more.

After the sub-par release of Assassin’s Creed III, one of the few positive new additions to the game was the ability to command a pirate ship-like vessel, equipping it with upgrades like new weaponry and defensive armor – thus taking the series to new levels of entertainment. Many fans and critics saying there wasn’t enough cannon firing chaos featured in Creed III, the next titles, Black Flag and Rogue, let the franchise pick up steam by dividing the gameplay evenly between traditional Assassin’s Creed style gameplay and the new and addicting ‘battle ship’ system.

With the same grit, the same intense moments and cawing pirate shanties, Skull and Bones comes straight out of Ubisoft’s star franchise. With no more story to cover in the beloved Assassin series – including titles like Black Flag, Rogue and introduced in the Creed III – in the pirate era of the Assassin Brotherhood, the developers at Ubisoft knew they needed to lay claim to this addicting gameplay rarely approached by most other game studios. Now, laying the focus strictly on the violent and disturbing seas, Skull and Bones gives fans a lot more of the pirate combat mayhem, without all of the stealth action of the Assassin’s Creed series.

What Skull and Bones adds to enhance the pirate experience is the online multiplayer modes. Now having the will to assemble your own crew, you will have the option to battle other pirate crews. Each member of the five player team will have to work together to successfully sink other enemy ships, earning experience points and ultimately turning your ship into a floating barrage of cannon fire.

So here we are at last. The Assassin’s Creed series has run its course with the favoring gameplay, and thankfully Ubisoft has come up with the solution for more immersive piratey action. Skull and Bones is keeping the blistering battles at sea coming, promising more heated action and intense moments.

Still a ways away, keep checking back for more on Skull and Bones before it releases in Fall of 2018.