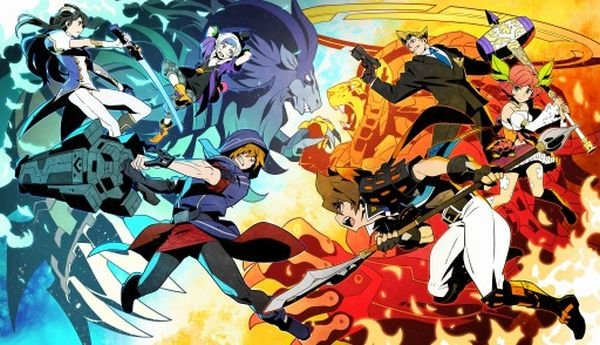 New MOBA game releasing out of popular developers, Square Enix, are looking for the fan’s help on their latest mobile title, Flame x Blaze. Along with a new gameplay trailer released, also announced was Beta Testing, which will be taking place soon and gamers are invited to join in and help shape the future of the latest addition to the MOBA mobile genre.

The new multiplayer online battle arena game features loads of exciting assets and plenty of adventure and monster slaying to experience. This real-time hack ‘n’ slash puts you up against other players in an all-out brawl for victory. Using unique methods to not only defeat monsters, but tame them to use as valuable allies and direct team support. Change your play style mid-battle with the “Mode Shift” feature, giving players a sense of diversity and options throughout the game.

The closed beta will help the experienced Square Enix team develop an addicting title that plays and feels the way the fans want it. Previous games have used the beta opportunities to nail down specific features and solidify the final version of the game, giving the experience players and fans have been hoping for from the start.

In Flame x Blaze, players fight and ultimately finish off their opposing enemies boss “Reactor” which will deliver the final blow to the team’s base. By using Mode Shift, players can turn the tide of battle by gaining new abilities and skills, giving gamers various play styles for each character, making the game a truly customizable experience.

Addicting hack ‘n’ slash gameplay, intense mobile action and an all-new experience waiting at the fingertips of MOBA fans everywhere, Flame x Blaze releases on Android in Google Play and iOS devices in the App Store in late 2017. Check the official website for more details on the Closed Beta sign-up and updated details on the upcoming title, Flame x Blaze.