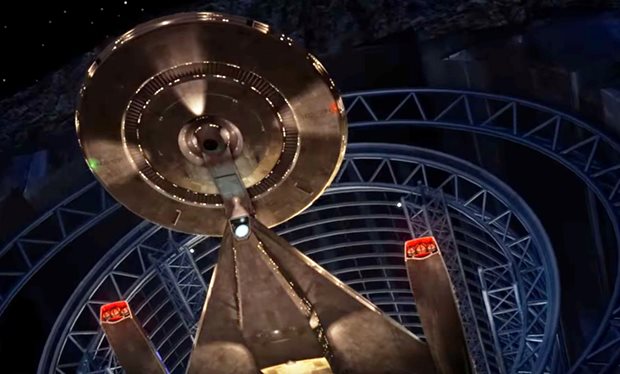 CBS Interactive CEO Jim Lanzone and Jason Isaacs have both recently had interviews and have made comments about the upcoming Star Trek: Discovery. Both interviews are available online in full, but we’ll be summarizing what was said in them.

On the CNET podcast The 3:59, CEO Jim Lanzone had a chance to talk a little bit about the upcoming TV show. While he didn’t provide much information, he did claim that the show will be “original and in a good way”. According to him, it will be “different than what people have seen before”. He went on to state that differences are in the Star Trek tradition and that each new addition to the franchise has always “broken new ground”.

He adds that the show will be very “cinematic” with “high production values”. This will make the show “grittier” than previous additions to the franchise. When asked about the relationships between the characters, he states that it’s “still too early to talk about the details”. Which is bad news for dedicated Star Trek fans who were eager to learn more about the characters.

Actor Jason Isaacs also recently had an interview where he mentions the new show. In an interview with Gold Derby about The OA, they briefly spoke about Star Trek: Discovery.

In the interview, he explains that they’ve started shooting the TV show now and that it’s “absurdly cool.” He adds that he feels “like a five year old.” However, he couldn’t reveal any more details about the show. According to him, revealing more details would just “ruin it” for fans of Star Trek franchise.

In other Star Trek: Discovery news, the supervising producer Ted Sullivan made an interesting post on Twitter recently. He states that the show is certainly a prequel to The Original Series. Trek Movie also caught a tweet that states the “quiet” on the show will be ending “soon.” However, that tweet has since been removed.