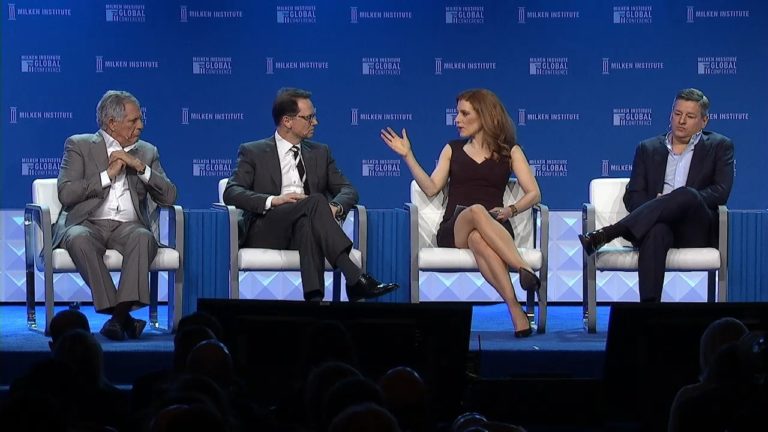 Last week, CBS CEO Les Moonves took part in a panel at the Milken Institute Global Conference in Beverly Hills, California. In addition to him, the Chief Content Officer for Netflix was also in the panel. The two revealed some interesting details about Star Trek: Discovery and also confirmed the launch date.

Trek Movie was able to catch the details on what was said at the panel.

Moonves explained why the new Star Trek show will be coming to CBS All Access. According to him they “Star Trek we could have sold anywhere”. He even pointed out that there was a bidding war within CBS for the show as it is “obviously a very valuable property”. He states that the Star Trek universe has a very loyal audience who is willing to pay for good content. As a result, they’ve made the decision to release the show on CBS All Access exclusively in the US.

However, when the discussion turned to the entertainment industry outside of the US Moonves used Star Trek: Discovery as an example. He explained that they couldn’t have created the show without the help of Netflix. As a result, Netflix will be broadcasting the show internationally. While this seems to be confirmed, Moonves also made comments suggesting that Netflix is playing a large role in the production of the show.

Moonves also confirms the release period for the highly anticipated show. Star Trek: Discovery will be releasing at the start of this fall. However, an actual launch date is still not yet available. He did note that “it’s going extremely well”.

So it looks as though CBS is willing to talk about a release date for the show once again. The avoidance of the writers strike must be making the company more confident in the release period for the show.

We will keep you updates as we learn more about Star Trek: Discovery.