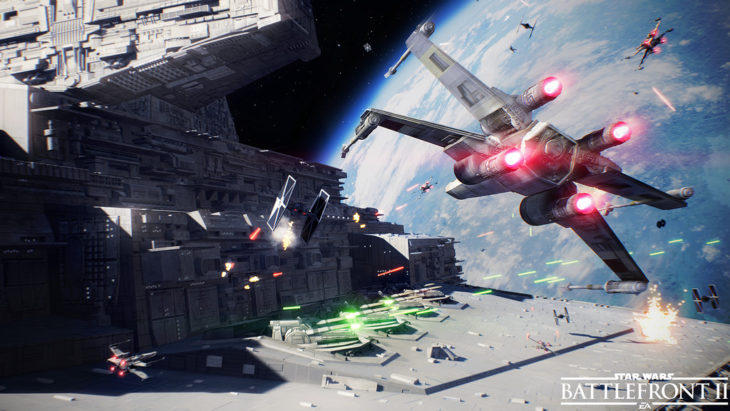 EA has announced the dates of the Open Beta for Star Wars Battlefront II in addition to what it will contain. Excited Star Wars fans will be able to play the game for free from October 6th for several days. However, pre-ordering the game grants you access to an Early Access Open Beeta which begins two days before then on the 4th.

It’s official, the Star Wars Battlefront II Open Beta is coming this October. It will begin on October 6th for the public and will be ending on October 9th for everyone. However, those who pre-order the game will get to access the Beta from October 4th instead.

What will it contain?

The Galactic Assault puts players into a 40 player multiplayer battle with four different trooper classes to select from. In addition to this, players will be able to control different Star Wars heroes, pilot vehicles and more.

Here’s all of the features EA has announced for the Galactic Assault on Naboo:

Details for the Multiplayer Starfighter Assault are very limited right now. The publisher has stated that they’re not currently sharing any details about this. However, they confirm that players will be able to “take party in an epic starfighter assault set during the original trilogy era”. More details on this will be coming from Gamescom later this year.