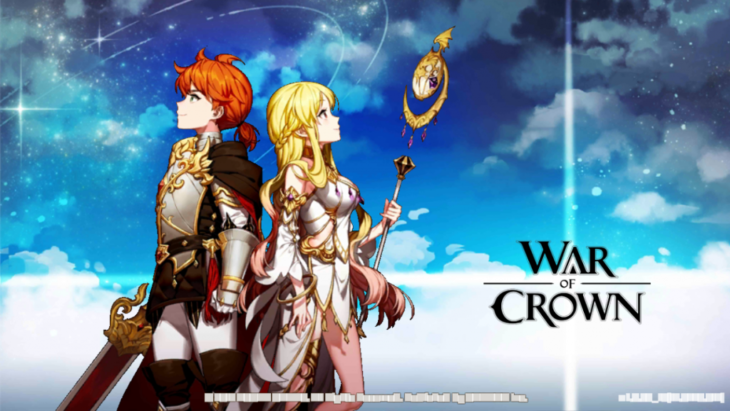 New SRPG featured on mobile devices, War of Crown, has just received a brand new update including a new playable character. Along with the new assassin, Lynn, Arena Season Mode is also added to the mix, giving players the opportunity for more competition and more rewards.

War of Crown adopts the familiar feel of most strategy games, giving players loads of unique skills and levels to obtain and use in comabt. With a staple to the strategy RPG genre, the grid-based combat ground and strategic tactics for victory are at the heart of the mobile title.

With the recent update, the new hero named Lynn from Golden City is added to the mix of various characters playable in your line-up. From Golden City, this assassin has ties back to the slums, and vows never to return to that lifestyle. Keeping close to her beloved hometown’s civilians, Lynn acts as the area’s Robinhood by stealing from the wealthy, then gives the goods to the poor living in the slums.

Traits and skills for Lynn are unique and useful while in the heat of combat. Equipped with the Master Infiltrator perk, Lynn gains a 10% critical strike chance, and after every attack, she carries a 70% chance to enter stealth. Her Sticky Fingers ability lands 130% physical damage while keeping the enemies skill cooldown increased for three turns. Additonally, enemy Action Speed is decreased by 50%, while her Action Speed is increased by 65%.

The half Elf-orphan assassin is only part of the new content to arrive. With the all-new Arena Season Mode, players can compete in month-long seasons, giving gracious rewards after the completion of each one. The Fairy Realm has also received more weapon dungeons, DPS and Tank Weapons are now available for commanders-in-training and new skins are available for Feria and Cezar.

The addicting strategy styled RPG game has reeled in tons of players since its release on the App Store and Google Play, giving familiar gameplay and interesting characters. Now with updated features and a new hero to add to the roster, play War of Crown now on Android and iOS devices.