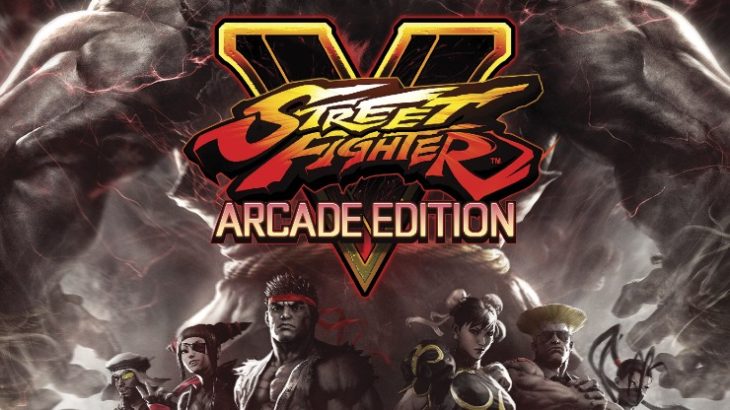 The Street Fighter We Remember

When Street Fighter V emerged nearly 2 years ago, fans and critics alike proceeded to drag the game through the coals for its lack of single player content. Eventually, Capcom added an additional Story Mode, but that hardly scratched the itch that so many long-time fans craved. Finally, the desperate developing studio has answered the prayers of the beloved fans of the franchise, introducing not only the long-awaited Arcade Mode, but a few other exciting features as well in, Street Fighter V: Arcade Edition.

Upon firing up the freshly updated package, players will soon gaze their eager eyes on the latest, and oh-so dramatic opening cinematic for the Arcade Edition. After drooling over the impressive visuals and exciting action, Arcade Edition introduces the player to a brand new user interface. Though only slightly tweaked from the previous set-up, the new UI is loaded with more modes and options, making for a much heftier layout. The amount of content featured in Arcade Edition serves up a strong helping of the highly desired single player content, as well as highlighting the amount of online competitive play options.

Along with the multiple new modes, Arcade Editions also brings the 12 characters the recent DLC Season releases to the mix. Now, the characters are available from the start, but only when buying the standalone copy of Street Fighter V: Arcade Edition. Those who already had Street Fighter V and downloaded the free Arcade Edition update receives everything except the 12 DLC characters. However, the new DLCs are a touch cheaper, as well as the option to use Fight Money to purchase in-game characters for those who don’t wish to bust out their wallets.

Not One, But Six Arcade Modes

The most important addition to the latest update is, of course, the Arcade Mode. The ever-classic string of fights against AI opponents is as definitive as they come when talking about the fighting genre, and Street Fighter V can now comfortably say they’ve honed in on what most of us have been waiting for. And in a much broader way than expected. Instead of simply adding a generic single player run-through of mimicking the classic mode, Capcom has added much more bulk to how fans play through Arcade mode.

There are now six different Arcade modes to choose from, each representing one of the six major releases in the franchise. From the original Street Fighter through Street Fighter II, Alpha, SF III, IV and finally V, players have a broad selection of where to start their fighting reign. The difference between each Arcade mode is the ending story art, the selectable characters, opponents and the number of fights occurring. This adds much more depth than anticipated to the Arcade Mode, giving players plenty of reasons to try out the various forms of the single player action.

Across the differing campaigns, players are naturally free to choose the fighter of their liking, each with their own unique ending in each Arcade Mode scenario. Upon defeating the final opponent, a new ending piece of artwork is awarded, giving a little background story on the character you chose to finish with. Each character has their own unique piece of art, in each of the six Arcade Mode options.

Though the fighting mechanics have hardly been touched from the original version, an additional V-trigger has been added for each character. The V-triggers add a big chance to turn the tables on your opponent when things begin to take a turn for the worse. The additional V-trigger gives even more depth to the already accessible brawler, providing players the chance to select one of the two game-changing moves after selecting their character. Each V-trigger has a different style of attack, and often times acts better as a defensive tactic rather than offensive.

Other various modes are scattered about the updated interface, most notably Team Battle, and the fight money exclusive events – Extra Battle mode. Team Battle is found in the Versus menu and requires two teams of 2-5 players each. Players may then choose whether to play in a standard matches where players each fight in one on one matches, or the more interesting elimination mode. Team members are only taken out of the match only if they’re eliminated, providing a much more survival-like approach to the Team Battle mode.

Extra Battle mode are changing events that occur within the game and provide exclusive rewards for completing tasks. These events cost a portion of your fight money as an entrance fee, but also is one of the few ways to earn the precious currency. Along with other bonus rewards, the fight money that is awarded may be cashed in for locked DLC characters, levels and other enticing extras. The Extra Battle menu updates regularly, and specific events can only be completed by a player a certain number of times.

Street Fighter V: Arcade Edition finally makes the 2016 release feel like it belongs with the rest of the legendary series. By adding a solid amount of single player content to the mix, the nostalgia runs through the roof with the highly anticipated update. With plenty of remixed classic tunes, a uniquely crafted Arcade mode with tons of playability, an enhanced training mode to hone your skills, and all of the classic fighters the gaming community has grown to adore so much throughout the years, Capcom has successfully resurrected their prized franchise from what looked like rock bottom for the series.

With more content catering to the single player mode, Street Fighter V: Arcade Edition delivers what the initial release in 2016 should have been all along. The new modes give players more to accomplish and hone their skills, while the added V-trigger moves keeps things in the fighting ring interesting down to the last bit of health. The legendary fighting series has officially come roaring back to the scene, and looks like it’s going to be here for a while.