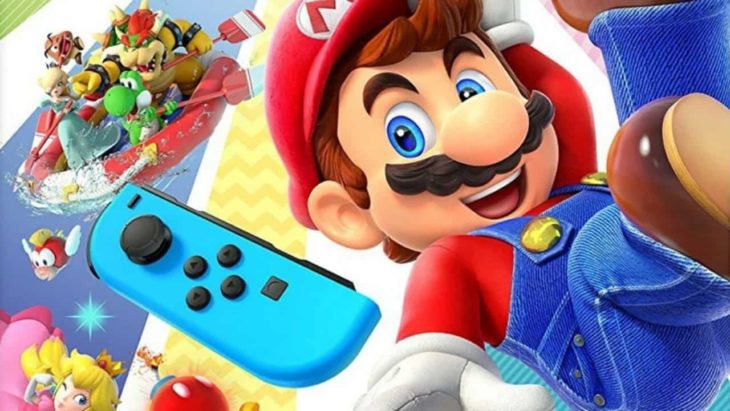 Have Another Roll, Shall We?

Nintendo tends to hold close to its top-selling franchises no matter how old they become. The Legend of Zelda, Metroid and who’s that other guy? The icon of the company – and, more or less, an industry – Mario brings back his family oriented digital board game party experience. And thanks to the revolutionizing Switch design, innovates beyond anything the series has done before. And with doses of other enjoyable modes added to the tried and true formula, Super Mario Party introduces a new era for party-goers to sink their teeth into; while managing to stay true to what has made the series so charming for gamers – and non-gamers – of all ages.

Check out our video review of Super Mario Party below:

For those unfamiliar with the Mario Party formula, it essentially delivers a virtual board game with intervening, completely exciting mini-games in between each round. Collecting coins and stars separates the winners from the losers. However, the real enjoyment from the experience isn’t about winning per se but, rather, seeing just how much fun one or more players can have with the exhausted ritual on yet another new piece of hardware. While many of us have tasted this recipe before, the new innovations from the Switch console helps create a familiar, but cunningly new experience that still manages to pack itself full of clever surprises.

A Plethora of Game Modes

First, let’s step away from the game mode we all come to expect out of a traditional Mario Party title. We’ll get to that later. What Super Mario Party introduces players to is a few new modes that enhance the overall Mario Party experience. And while two of these new modes offer up only small steps away form the original board and mini game experience, the other two modes – Sound Stage and River Survival – provide players with entirely new ways to play.

Sound Stage is a quirky take on the popular rhythm and music genre but with a Mario-esque twist to the formula. Players compete in a series of rhythmically timed challenges in a setting staged like a live concert starring your favorite Super Mario characters. Players must engage and listen to the various Mario themed songs and shake their Joy-Con controller along to the beat. Throughout the entirety of the 5 minute, or so, long musical competition players will – in open space, of course – move, groove and grind to rack up as many points as possible. It’s a friendly and fun distraction from the heated gameplay found in Mario Party, but does tend to wear thin after only a few playthroughs.

Next is the white-water rafting experience, River Survival. Players wave their Joy-Cons in the motion of rowing an oar, but need to join forces with their party to steer their raft in the right direction. Every so often the river bends and splits into two pathways, all of which offer different obstacles and bonuses along the way. The entire scenario is timed while players make their way down stream, but with the addition of semi-optional mini-games offers chances to gain some extra time back. This mode is considerably much more lengthy than the Sound Stage mode, but due to the companion approach may be a bit less competitive than what you’d expect out of a Mario Party title.

Fighting rapids, aiming for boost pads and gaining air from waterfalls and ramps are exciting feats in River Survival, but the meat of the gameplay in this mode comes from popping various balloons floating down the river. The timer ticks down as your team feverishly rows down stream, these balloons hold the key to increasing your time limit. With every popped red balloon comes a cooperative mini-game, and passing these team-friendly mini-games grants players a much-needed boost in time offered to reach the end of the course. It’s a unique change of pace compared to the rest of the Mario Party experience, and one that ties itself to competing with your party members, rather than against.

The Core Experience We All Know and Love

The other two optional game modes outside of the standard board game experience offers a more freed up approach to the game’s more traditional features. While Party Partner mode creates a unique 2v2 experience in the Mario Party board game competition, Toad’s Rec Room is one of the most unique – but costly – features in the entire series. Requiring two separate Switch console’s, players may take on each other in a riveting tabletop-like experience. Seeing your characters glide from one screen to the next is an incredible feat for the innovative Switch design, but unfortunately those without a second Switch will probably never see themselves participating in this unique mode. Which is a shame, because the battle tank mode exclusive to the Rec Room is probably one of the more exciting mini-games in the entire title.

And with that, we come to the game mode everybody who has played a Mario Party title can expect. The digital board game is as exciting as ever, with tons of new additions to the board. While there are only a few boards available (with a few to unlock), each one offers unique strategies to cover. Players must roll dice and tactically make their way towards the star that spawns in random locations across the board. Once a player picks up the star, Toadette creates another one at a different region of the board.

And to keep the game spicy, there are plenty of new game squares to stop on that both positively and negatively impact each player. Perhaps one of the more beneficial squares is the Ally space which grants players a new teammate to follow them throughout the remainder of the game. Allies come with their own low-end die to roll on top of the player’s roll, as well as provide the player with their character exclusive die as an extended option. And as another feature to shake things up, these character exclusive die give more incentive to player selection rather than just picking whoever your favorite Super Mario character may be. And to add to the advantage, players are able to recruit multiple allies, if lucky enough to land on the Ally space more than once.

While each character in Super Mario Party comes with their own personality and attitude, it’s the personal die that really sets each character apart. While every character comes with the standard 1-6 numbered die, the secondary character exclusive die houses both positive or more negative equations, as well. One character’s block may include a series of 3’s and 4’s to make up their entire die, while another might include a 10 space roll, but also comes with the risk of landing on one of multiple 0’s on the die as well. There’s an excellent level of strategy that’s presented with these character exclusive die blocks that takes the Mario Party franchise and creates a much more tactical experience.

With a colorful return for Mario and his band of comrades and adversaries, Super Mario Party delivers plenty of party favors. The beloved board game formula adds just the right amount of changes to the recipe while sticking to its deeply rooted system. And the addition of different gameplay modes, a ton of cleverly exciting mini games and all of your favorite Super Mario playmates now partying on the Switch makes for an enjoyable return to form.

Super Mario Party may not appeal to most of the hardcore gamers out there, but when given a chance there’s plenty of multiplayer fun to be had. Though it gets a bit tiresome when being handed an unfair disadvantage when playing against the often lucky AI, it’s best not to dive into the party expecting anything less than an enjoyable experience, win or lose. Like previous entries, the game holds its own with the wide array of thoroughly amusing mini games, and the motion controls from the Joy-Con might be the most responsive we’ve seen yet. All in all, Super Mario Party is a perfect fit for Nintendo’s latest console, and perfectly encapsulates the thoroughly fun and creative experiences the industry veteran company accomplishes so well, time and time again.