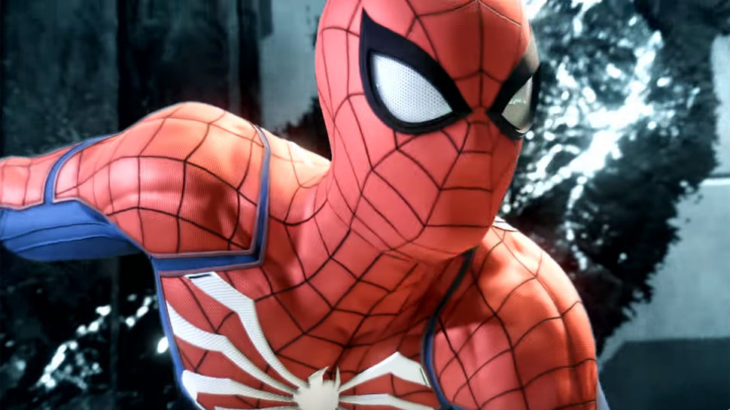 2018 has welcomed a flurry of awesome titles into our households with games like the addictive co-op action of Monster Hunter World, the incredibly riveting and punch-packing God of War and the nostalgic JRPG adventure game Octopath Traveler, just to name a few. However, with the holiday season gearing up to start a bit earlier than usual, the next 3 (or so) months has myself – and many others – awaiting the tight grasp of the substantial amount of highly anticipated, quality games to close out the year.

September Starts Us Off

It seems this year gamers are getting hit with the holiday season releases about a month earlier as September is bringing an absurd amount of awesome titles. Dragon Quest XI with its western release of the exciting JRPG series and Destiny 2: Forsaken open the month up on September 4th. Shortly after, the highly anticipated PS4 exclusive – Marvel’s Spider-Man – is looking to break new ground in high quality action-adventure games on September 7th. Those three titles alone can provide enough gameplay and content for the entire month, but that’s not even half of the big releases.

Big name sports games continue to have their annual releases with NBA receiving their 2K and Live iterations on September 7th, right beside everyone’s favorite web-slinging super hero – while the very next week we’re capping off the Lara Croft trilogy with Shadow of the Tomb Raider on September 14th. The following week things continue to heat up with the excitable nostalgia trip from Toys for Bob’s Spyro Reignited Trilogy on September 21st, while the month will close out with big names like Valkyria Chronicles 4 on September 25th and the first episode of Life is Strange 2 on September 27th.

Update: In a recent announcement from developer Toys for Bob, Spyro Reignited Trilogy will be delayed from September 21st to November 13th.

Related: What We Absolutely Need To See From Nintendo And The Switch This Generation

October Is Just As Busy

As if September wasn’t busy enough, October looks to pack nearly as many heavy hitters with hardly any time to breath. Right out of the gates, Mega Man 11 and the Xbox exclusive Forza Horizon 4 hits stores on October 2nd immediately followed by the next installment in Ubisoft’s Assassin’s Creed Odyssey on October 5th. On the same day Nintendo fans will be welcoming in a new era of digital board games and partying fun with Super Mario Party on the Switch. Just one week later gamers will get pounced by the annual release in the Call of Duty franchise with the online only Black Ops 4 on October 12th, only to receive FPS competition with Battlefield V on October 19th. The games keep coming, and we haven’t even gotten to one of the most anticipated games of the year yet.

Soul Caliber VI is hitting stores alongside Battlefield V, but just one week later the gaming community will finally have their hands on the highly anticipated Rockstar sequel – Red Dead Redemption 2 on October 26th. Well, at least that’s the last big name to release in October, but it’s easily one of the biggest names all year so it could keep us (me) busy for the rest of the year.

Crawling into the winter months and creeping up on the big holidays things begin to slow down slightly, but not before we get our eager paws on the rebooted Hitman 2 on November 13th – followed immediately by the highly controversial multiplayer only, Fallout 76 on the 14th. Switch owners will finally get their hands on a Pokemon title for the home hybrid console in Pokemon: Let’s Go, Pikachu/Evee! on November 16th, though it’s not exactly the RPG title many are waiting for.

November proves to be the weakest of the next 3 months while closing out with Darksiders III on November 27th. However, early December offers up some exceptional year-end titles, such as Persona Dancing: Endless Night Collection (as well as the separate releases of the series) and Just Cause 4 both on December 4th. Just a few days later Nintendo fans will get their hand son arguably the most anticipated Switch release of the year in Super Smash Bros. Ultimate on December 7th.

There you have it. That sums up nearly 25 huge titles in a little over 3 months, giving many of us minimal time to play and an increase in our ever-expanding backlog. While 2017 offered up some fantastic hits and regarded as one of the best years in the industry ever, 2018 seems like it will be right alongside it.

Oh, and did I mention that my wife and I are expecting our first child at the start of it all in early September (or at this point any day now)? So who knows how many of these stellar titles I’ll actually get around to playing? I’ll be counting on everyone else to enjoy them for me.