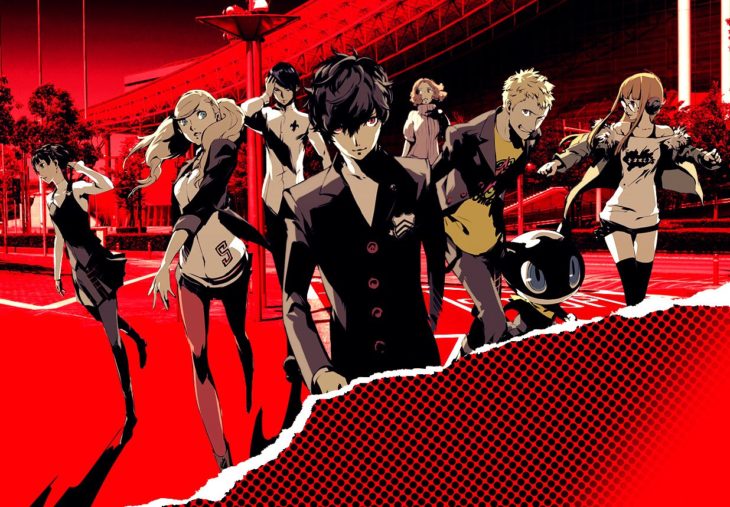 A Year Filled with Greats

The year 2017 has now come and gone, and with it came plenty of awesome releases in the gaming industry. From shooters to racers, RPGs to the beloved open world adventurers, gamers of nearly every play style saw their fair share of remarkable launches. Here at Raging Gazebo we’ve acknowledged this year as one of the best in gaming history, and with that we’ve decided to take a look at what we think are the 10 best titles to launch in 2017.

The racing scene in 2017 was chalked full of highly competitive and beautifully crafted experiences. From Mario’s newest karting adventure, to 3 big name racing sims all hitting the industry with their newest releases within a month apart, to the Need for Speed series stepping back into the ring, one thing is certain, 2017 hosted a number of excellent racing titles. None, however, quite captured the competitive nature mixed with the struggle of fighting against the elements like Project Cars 2. While GT Sport and Forza Motorsport 7 were literally neck and neck directly behind Slightly Mad’s diverse racer, with the unique career design, perfect list of exotic machines and the race altering weather system, Project Cars 2 gave new meaning to what competitive racing was all about amongst the gaming community.

The return of the blue blur was nothing short of a nostalgic welcome for the long time fans who have been yearning for the glory days of Sonic the Hedgehog. Under the lead of the master developer responsible for porting over the early titles to mobile devices, Christian Whitehead helped give the fans what they’ve been so patiently waiting for in Sonic Mania. No matter how many times the chili dog loving hedgehog was dragged through the mud, fans continued to hold out hope for a triumphant return. In 2017, the industry saw witness to what true Sonic greatness looks like, giving a surprise promising future to the franchise many thought was buried and forgotten.

The Wolfenstein series has seen its fair share of rebirths, keeping the over-the-top Nazi killing narrative going strong. The sequel to the remake of 2014’s The New Order, Wolfenstein II: The New Colossus only builds upon the strengths of Machine Games FPS masterpiece. Taking control of the broken but not beaten BJ Blazkowicz, the mayhem ensues across the Nazi slaughtering campaign. One twist after another keeps this action-packed story in line with some of the most well-versed games to date. Amidst a flurry of excellent FPS titles, Wolenstein II: The New Colossus is absolutely the most rewarding and thrilling shooter to release in 2017.

The strength of this side scrolling 2D platformer is not only held by its devilishly slick 1920s inspired visuals, but the sheer grit of difficulty to persevere through the run ‘n’ gun action is enough to keep any determined gamer going strong. The story may be simple and to the point, but the smooth mechanics of Cuphead is nothing short of a pure delight to enjoy. Though many players perish during the many boss encounters or fast-paced platforming levels, every death feels like an important learning experience. Discovering the strategies of your enemies across every level is all part of this memorable platformer, leaving an all-too rewarding experience from this stellar indie title.

Nintendo had a brilliant launch year with the rise of their hybrid console, the Switch. While tons of exciting titles graced the console, a true to form open world JRPG had ceased to exist across the globe for much of the rookie year. Xenoblade Chronicles 2 was every bit exciting as the previews made the complex Japanese adventurer up to be, and finally gave the hardcore Switch owners another enthralling journey. The battle system alone is enough to make the Switch RPG stand out among the rest, but the vast open worlds amidst the sea of clouds, the many powerful blades to discover and equip, the litany of side quests and the interesting cast to reel you further into the story all helped to provide a memorable and engaging experience on the industry’s biggest console of 2017.

Thousands of years into the future Earth has been run ragged by invading machines and robots coming from the darkest regions of space. Nier: Automata combines a broad mix of gameplay mechanics grounded by a gripping narrative and exciting open world hack ‘n’ slash action. The diverse locations across the sandbox title, from sprawling deserts to robotic ruled fairgrounds and everything in between are some of the most unique we’ve seen in the genre. The entire atmosphere of Nier: Automata is enough to pull players into a futuristic robo-apocalypse, while the gameplay of shifting gaming genres and intriguing world keeps players going. Nier: Automata is undoubtedly one of 2017’s most surprising titles.

The return of gaming’s favorite iconic plumber was well worth the wait, and the next in the series of open world Mario titles is nothing less than superb. Super Mario Odyssey provided a brand new adventure across multiple surreal kingdoms, pitting Mario against enemies long-enduring franchise has never seen. With the unique capture ability harnessed from Mario’s new adventure companion – Cappy – players found themselves now in control of the many baddies that littered the game. The story may be somewhat short-lived and transparent, but the amount of power moons to collect and additional content that shows its face once the final boss has been defeated is where Odyssey really begins to shine. The massively condensed kingdoms and undying curiosity around every corner provides a remarkable return in the Super Mario series.

3. The Legend of Zelda: Breath of the Wild

There’s no mistaking the excitement and inspiring leap that Nintendo developers took with the new direction of the Zelda franchise. The enormous open world of Hyrule in Breath of the Wild and near limitless exploration that awaits at your fingertips is ultimately impressive for Nintendo’s newest hardware, and points at many promising additions to The Legend of Zelda franchise. The option to explore and discover to your heart’s content only after an hour or so into the game’s main questline is a truly liberating experience, which only grows more impressive as the Zelda-like mechanics become introduced into the game. The massive amount of collectibles, weapons and shrines is most of the meat to Breath of the Wild, adding hundreds of hours exploring Hyrule to the deepest nooks and crannys. The puzzling shrines and exotic weaponry pushes Link to the next level of adventure, shining a light on a new generation of one of gaming’s most iconic heroes.

Before 2017 Guerrilla Games was known as the creators of the sci-fi shooter series, Killzone. As the series slowly began to fade into obscurity, many pondered what the next move would be for the veteran studio. Horizon Zero Dawn was their answer, and an answer that left much of the community quite pleased with the future of the developing team. Taking the reigns of a fearless and determined outcast warrior – Aloy – players will embark on a journey through a world reclaimed by mother nature. A riveting story guided a strong female lead who rests among the bests of the great heroes in the entertainment industry, Horizon Zero Dawn provides a gaming experience not found in most other open world titles.

The impressively deep combat system combining strategy, quick reacting action with unique and powerful weapons floods the senses with a thrilling and rewarding experience. The astonishing visuals, engaging narrative and a jarring open world filled with the looming threat of mechanical beasts, making your way to the truth about what happened to the human race over a thousand years ago is as enthralling as any title that released this year. The combination of every aspect done so superbly is what made this new IP one of the best games of the year.

Atlus has been hounded for years in anticipation for the successor to their highly acclaimed high school simulating RPG, Persona 4. In 2017 the long wait finally came to a parading closure as Persona 5 not only released upon the industry, but did so in captivating fashion. The sheer amount of story related content oozed from the seams of Persona 5, introducing players to an enormous cast of colorful characters all brimming with their own personalities and personal issues.

No other game hits players as deep as Atlus’ inspirational work of art, but with it also comes a bold new twist on dungeon crawling, the ever-charming artistic direction, incredibly addictive musical score and the renowned social system. Not only does Persona 5 deliver on nearly every level, but the game is easily accessible to just about every type of player. Persona 5 is an experience like no other that keeps delivering every step of the way throughout it’s long and engaging storyline.

While 2017 is looked at as the birth of some of the most memorable titles in gaming, 2018 is gearing up for some excellent titles to hit shelves as well. Here’s hoping that 2018 keeps the trend of superb gaming going that 2017 so graciously gave us.