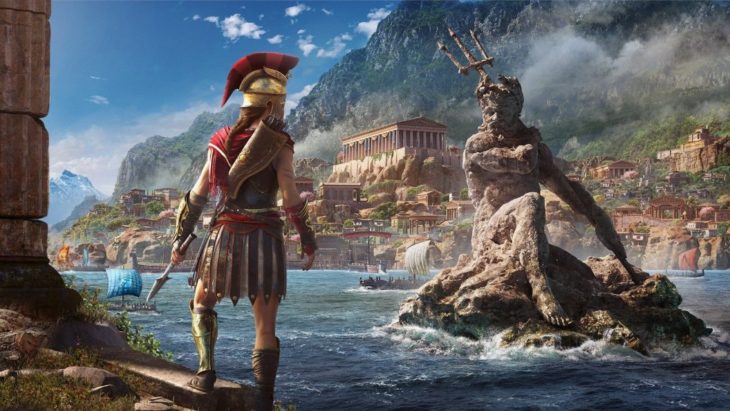 With an already impressive amount of top-tier releases that have hit both the Xbox One and PS4 this year, the holiday season is packed with an even more impressive bunch of titles. From exclusives to multiplatform releases, gamers on both Xbox and Playstation will have their hands full with the amount of quality games hitting stores to close out the year.

Here are the 10 best looking releases coming to the PS4 and Xbox One (and some on the PC) this holiday.

Easily one of the most anticipated titles of the year, Insomniac’s take on the popular Marvel franchise is looking like it could be the best Spider-Man game to date. With fluid web-slinging controls, a massive metropolis of Manhattan to explore and impressive combat mechanics, this PS4 exclusive is already in many game of the year discussions. Fans and PS4 owners everywhere will get to swing into the action with Marvel’s Spider-Man hitting the PS4 on September 7th, 2018.

Shadow of the Tomb Raider

Capping off the dark reboot of Lara Croft and her dramatic, action-packed adventures, Shadow of the Tomb Raider promises to hit players with the most versatile and mature title in the series. In a courageous attempt to stop a Mayan apocalypse, Croft must harness everything she’s learned in her young and eventful life, and battle her way through the dangerous Trinity paramilitary group. Shadow of the Tomb Raider will be released on September 14th, 2018 for the PS4, Xbox One and PC.

The Next 3 Months Will Ruin My Social Life

While the previous two entries were solely released on the PSP, the fourth entry is making a return to home consoles. Released back in March of 2018 in Japan, the fourth installment is getting its worldwide release just a few short months later. Fans of the series can expect more of the same thrilling gameplay elements from its predecessors, as well as a brand-new character class – the Grenadier. Catch Valkyria Chronicles 4 on its worldwide release on September 25th, 2018 for the PS4, Xbox One, Switch and PC.

After a slew of collection releases over the previous years, Capcom is finally releasing the newest entry in the popular Mega Man series, Mega Man 11. While a noticeable change to the graphics and visuals is made apparent right off the bat, the game promises to still play just as phenomenal as the rest in the long-running series. The latest release will introduce the new Double Gear system which provides the “Blue Bomber” with two additional skills – Speed and Power Gears. Slow down time and forcefully power your way through enemies when Mega Man 11 releases on October 2nd, 2018 for the PS4, Xbox One, Switch and PC.

With well-over 400 licensed vehicles, the Forza Horizon series is taking the competition to incredibly bold new heights. In a shared game world featured in the UK, Forza Horizon 4 will be the franchises most ambitious title yet. The game will shift between all four flourishing seasons, feature up to 72 players in one server, as well as introduce fans to loads of new content, Horizon 4 is shaping up to be one of the best releases in the series. Forza Horizon 4 is set to release on October 2nd, 2018 for the Xbox One and PC.

After a year off in 2016, Ubisoft hit fans with their most staggering Assassin’s Creed title yet with, Origins. One year later, they look to do it again by adding even more RPG elements to the constantly growing formula and take the series to the era during the Peloponnesian War in Ancient Greece. Pitting Sparta against Athens, players will endure the role of a mercenary before the start of the Assassin’s Brotherhood and learn about the First Civilization while exploring a beautifully realized setting. Assassin’s Creed Odyssey will release on October 5th, 2018 for the PS4, Xbox One and PC.

While some 8 plus years off of the release of Red Dead Redemption, Rockstar is finally giving the fans the sequel we desire. Returning to the days of the wild west, take on the role of Arthur Morgan, a member of one of the last western gangs in existence – the Van der Linde Gang. Explore a vast living, breathing world set in the last dwindling years of cowboys and the wild west, and experience a story that’s sure to be as riveting as anything that’s come out of the veteran developers. Red Dead Redemption II is due out on October 26th, 2018 for the PS4 and Xbox One.

God of War Novelization Audiobook Revealed, Coming Out Next Week

Activision struck gold with the remakings of the original Sony Playstation mascot, Crash Bandicoot N. Sane Trilogy. Now, they’re at it again with an even larger remake in the form of Spyro the Dragon in, Spyro Reignited Trilogy. Taking all three of the original Playstation releases – Spyro the Dragon, Spyro 2: Ripto’s Rage! and Spyro: Year of the Dragon – players will experience these timeless classics completely rebuilt from the ground up by developers Toys for Bob. Let nostalgia take over on November 13th, 2018 as the Spyro Reignited Trilogy releases on the PS4 and Xbox One.

While Bethesda may not be pleasing everyone with their latest upcoming release, Fallout 76, many fans of the series are eager to jump into the massive post-nuclear West Virginia setting. Completely online focuses, players will explore a land only 25 years after the bombs fell in the series’ earliest setting to date. Join in co-op or participate in PvP combat, build your own settlements wherever you please, and go up against a number of horrendous West Virginian folklore monsters in the upcoming multiplayer Fallout title. Fallout 76 hits stores on November 14th, 2018 for the PS4, Xbox One and PC.

This holiday season is one of the strongest in recent years, bringing tons of new experiences to both the casual and hardcore gaming crowd. Now all we need is the time to enjoy all of these titles.