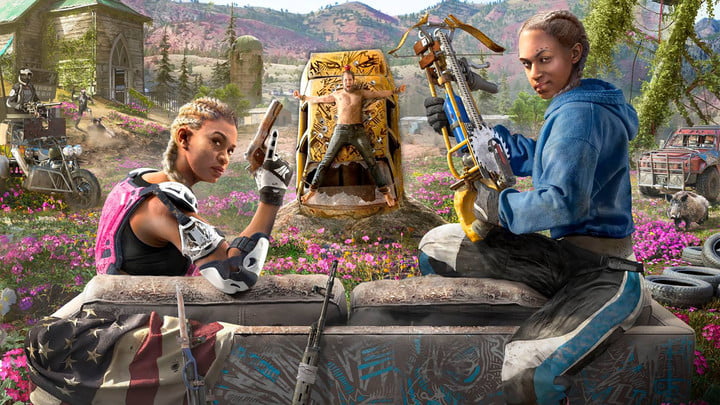 2019 got started off with a bang as a handful of quality releases are beginning to hit the market. From Ace Combat 7: Skies Unknown to the upcoming Kingdom Hearts III, January provided an excellent start to the year.

However, the year is just beginning and February doesn’t look to step off the throttle anytime soon. Some highly anticipated titles are finally launching this month continuing to feed gamers a healthy dose of new game releases.

Let’s take a look at the best looking games that are due throughout the month of February.

The ambitious Microsoft exclusive that’s been teased to us for years if finally set in stone to hit stores this month. Crackdown 3 takes an incredibly ambitious idea of ultimate destruction of the world around you and has players creating as much chaos as possible and rule Providence City. Destroy anything that stands in your way, hijack any vehicle to rip through the map or blast your way through mobs of enemies, walls and other structures with a boatload of mayhem-inducing weapons in the third installment of the Crack down series. Could this be the game that shows us the true potential of Cloud gaming?

Continuing the story after the events of last year’s Far Cry 5, New Dawn takes players into a savage post-apocalyptic world run by gangs of bandits and raiders. *Spoiler*: Hope County, Montana has become a wasteland after the nuclear bombs prophesied by the Father, Joseph Seed. The map returns from Far Cry 5, but is now completely different and re-imagined due to the “collapse”. Craft and modify weapons, liberate the occasional outpost and travel to different regions across the US in the new expeditions mode in the upcoming expansion to Far Cry 5, Far Cry: New Dawn.

Bioware’s next ambitious RPG is almost upon us as Anthem looks to invade the multiplayer world of gaming. Players hoist themselves into powerful Javelin suits and take to skies in as a Freelancer. Played in either solo or co-op in a shared open world, players be able to customize their Javelin suits, take on immense challenges and what ever else comes with the title as Freelancer. With up to four different classes of Javelin suits to choose from each with their own unique abilities, Anthem looks like another promising entry in Bioware’s collection of releases.

The third installment in the first-person post-apocalyptic shooter series, Metro Exodus will have players embarking on a bitter journey across devastated Russian lands. While much of the previous two entries took place within the dark and dreary subway system, Exodus has players returning as Artyom looking for new life within the ruined world. The journey spans across one year having players start their trek through the harsh nuclear winter across the frozen Russian tundra.

Manga universes collide when the Shonen Jump themed fighting game from Spike Chunsoft and Bandai Namco, Jump Force. With a roster of over 30 characters from more than a dozen Shonen Jump anime series, Jump Force looks to be one massive anime cross-over title. Players will also create their very own manga super hero and team up with heroes from all over the manga universe and take down the evil forces in hectic 3-on-3 match ups.

While there’s plenty of stellar titles set to release, it seems one week in particular will be rather busy. With four of the five titles on this list coming out on one day, players of all types have something to be excited for.