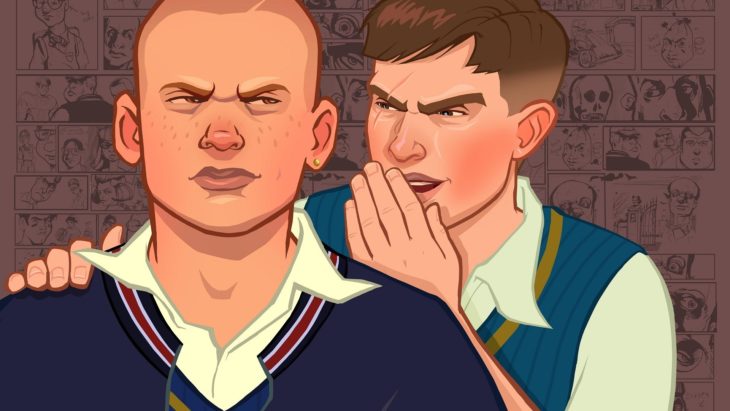 An Impressive Selection, To Boot

Red Dead Redemption II is quickly approaching its long-awaited launch day, and it marks another big release from game developing veterans, Rockstar Games. Throughout the course of their illustrious history Rockstar has managed to provide gamers with wildly entertaining experiences from the over-the-top narratives to the incredibly satisfying gameplay.

So, in celebration of yet another highly anticipated release from Rockstar, let’s look at our top 5 releases from the world-class developers.

Note: To keep things on the fair side, the author chose not to include multiple releases from a single series, i.e. one GTA, one Midnight Club, etc.

With a bit of a grim outlook on a Rockstar game (or any video game), Manhunt throws players into a vicious game of…well…manhunt. The entire plotline was a gruesome event that played perfectly into the concept of the game. Making your way through various sequences in Carcer City littered with blood-thirsty thugs and gangs all while being filmed via hidden cameras scattered throughout the city. And if that weren’t bad enough, you’ve been kidnapped from death-row by the same lunatic who’s guiding you through this hellish snuff film. Your freedom is dangling within grasp; and the director knows it.

Forced through these trials, your character – James Earl Cash – must use the shadows and any weapons he may discover to savagely take out all gang members instructed to hunt you down. Manhunt helped lift the trend of lurking in the shadows in most stealth games we see today, adding a gracious bit of depth the sneaking in for the kill. But what set Manhunt apart from other third person action-adventure games was the ability to perform insanely gruesome stealth kills which played a huge part in Manhunt becoming banned in several countries.

Rockstar went out on a limb with their brutal take third person stealth action, and it paid off by speaking to a crowd looking for something refreshingly unique, albeit a little heavy on the dark side.

Related: 6 Games That Proves October Is The Best Month For Releases This Year

Perhaps my personal most cherished Rockstar game, Bully was causing a stir in the media as quickly as it was announced. With the famed GTA creators now looking to expand their repertoire to the school yard, many parents clamored at the thought of AK’s and grenades tucked away in little Jimmy’s locker. However, Rockstar had an entirely different idea, and it allowed them to produce one of the best games in their extensive library; and one that has tons of fans (myself included) pleading for a sequel.

Rather than using firearms to shoot up the halls at the prestigious boarding school, Bullworth Academy, players controlled Jimmy Hopkins and utilize a variety of childhood gadgets from slingshots to stink bombs. Many aspects about Bully made it such a coveted title among the industry allowing it to go on and win tons of awards. Every student that wandered the academy grounds had a specific name and personality. Every clique had their own hang-out spot and attitude towards Jimmy, school and life in general. Incredibly hilarious with almost every cut scene, a perfect balance between story missions, side activities and juggling your scheduled classes, Bully is truly a master work brimming with some of the best characteristics found in a game.

Allowing myself only one Grand Theft Auto game on this list, I went with an older, but highly regarded choice. San Andreas redefined the very same open world genre that was already reinvented by the same series only two releases prior. With one of the most daunting open worlds at the time, the three massive islands consisting of three big cities each with coordinating countryside areas, GTA San Andreas threw loads of content at the player with Rockstar’s third time around submerged in the new generation of GTA games.

As much as I wanted to throw GTA V onto the list due to its incredible success and addicting online mode, GTA San Andreas reinvigorated a series that didn’t really need it at the time. Not only was the lengthy story thoroughly engaging and incredibly deep, the sheer amount of content and secrets scattered across the map was jaw-dropping. From burning down “herb” farms to decking out your vehicles to spending your day at the gym increasing your strength – and muscle tone – San Andreas was the ultimate game of freedom. San Andreas isn’t only the best GTA in the series, but perhaps the best title Rockstar has ever released.

Rockstar’s iconic racing series, Midnight Club, brought forth a blistering arcade racer that had players gripping the wheel (controller) from the white-knuckle driving. Across the series players raced through a number of beautiful cities from Paris to Tokyo, and to the most recent release int he series, L.A. While most of the Midnight Club releases adopted the same formula at a slowly tweaked rate, Midnight Club: Los Angeles perfected the formula.

With Midnight Club III adding the ability to customize your rides, L.A. added more cars and more customizing options, all while keeping the same arcade flare. Racing through the busy streets of L.A. proved chaotic at times but created an atmosphere of pure adrenaline lined with audacious style. Midnight Club may not go down as one of the best racers in history, but Rockstar managed to create a memorable and incredibly entertaining ride for those who experienced the thrill.

Related: What Grabs You Most In Video Games? Graphics? Gameplay?

What Would Make PS Now More Appealing To Gamers?

Last on the list is none other than the predecessor of the sequel that’s soon to be in our hands. Red Dead Redemption took the coveted GTA formula, threw in some impressive tweaks and rode the western game into the sunset. The entire atmosphere of RDR made players feel as though they were stranded in the dwindling days of the wild western frontier. With a beautifully sprawling and scenic land to explore, an unimaginable storyline and gun mechanics that would make John Wayne quiver, Rockstar hit a grand slam with the massive open world western.

To go along with the unforgettable cast of characters, satisfying Dead Eye gunplay mechanic and the sun-soaked western lands, Rockstar made a great game even more memorable with the surprise ending and the overrun zombie mode DLC, Undead Nightmare. In typical Rockstar fashion, plenty of content draped over the player and left a mark on the industry that will be remembered time and time again.

And only a few weeks left until the sequel.

With everything Rockstar has accomplished, it’s no wonder why they’re a glistening example of modern story tellers stitched with powerful gameplay. So many great selections sit in the Rockstar collection, and it doesn’t seem as though they’ll be wrapping up that collection anytime soon.

That’s good news for us.